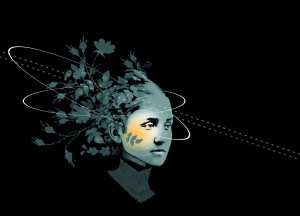 94 films with filmmakers from around the world, special guests Julie Taymor and Ondi Timoner, Oscar® Winning and Nominated films

Ashland, Ore.  The nationally acclaimed Ashland Independent Film Festival (AIFF) today unveiled its complete program for the eleventh annual festival, to be held in the heart of historic downtown Ashland, Oregon, April 12-16. Over 7,000 film lovers are expected to gather with filmmakers from around the world at the Varsity Theatre, the Historic Ashland Armory, and the Ashland Springs Hotel for the five-day showcase of independent film. The festival’s full schedule, film descriptions and program are available now at www.ashlandfilm.org. Tickets go on sale to members beginning March 20 and to the general public on March 25.

Special guests at the 11th annual AIFF include Julie Taymor, the first woman to win the Tony® Award for Best Direction of a Musical for her landmark production of The Lion King. Taymor will join Oregon Shakespeare Festival Artistic Director Bill Rauch for Essential Transformation: In Conversation with Julie Taymor at the Historic Ashland Armory Friday on April 13th at 6 pm. Taymor will also be present for Q&As following the screenings of her films Across the Universe, with 35 Beatles songs and performances by Bono, Joe Cocker, and Salma Hayek and The Tempest, her bold reinterpretation of Shakespeare’s epic with Helen Mirren. Taymor will receive the AIFF 2012 Artistic Achievement Award at the Award Celebration on Sunday April 15 at 7:30p.

Two-time Sundance Grand Jury prize winner and AIFF alumni (Library of Dust, 2011, DIG!, 2005), Ondi Timoner will attend to screen her prizewinning documentary We Live in Public and participate in a special on-stage interview, Breaking Boundaries: A Conversation with Ondi Timoner, exploring her creative process and transition to narrative filmmaking with the upcoming biopic of photographer Robert Mapplethorpe starring James Franco. Timoner will receive the festival’s 2012 Rogue Award in recognition of her ground-breaking, fiercely independent filmmaking.

Several AIFF alumni filmmakers will showcase their latest works in Ashland this year. Rory Kennedy (The Fence, 2011) returns with her latest documentary, ETHEL, a moving and personal portrait of her mother, Ethel Kennedy. Paul Saltzman (Prom Night in Mississippi, 2009) will be present for a screening of his new film, Return to Mississippi (Work in Progress). He travels back to the south to retrace his steps as a 60s civil rights worker and the film features interviews with Morgan Freeman and Harry Belafonte. Lynn Shelton (My Effortless Brilliance, 2008) brings Your Sister’s Sister, a subtle, heartfelt romantic comedy starring Emily Blunt, Rosemarie DeWitt and Mark Duplass. Alumni filmmaking duo Beth and George Gage (Fire on the Mountain: The Story of the 10th Mountain Division, 2004; American Outrage, 2008; Troubled Waters: The Dilemma of Dams, 2003) will present Bidder 70 (Work in Progress) about Tim DeChristopher’s courageous act of civil disobedience.

International landscapes and issues take center stage at the 2012 festival. Among them are 5 Broken Cameras, a personal accounting of the growing resistance and struggle in the Palestinian village of Bil’in; Chasing Ice, a visually stunning chronicle of National Geographic photographer James Balog’s Extreme Ice Survey, an expedition to capture images to help tell the story of the earth’s changing climate; and The Highest Pass, a motorcycle expedition on some of the most dangerous roads in the world – the highest passes of the Himalayas in Northern India. Winner of the 2012 Sundance World Cinema Audience Award, the beautifully photographed Valley of Saints portrays a young boatman in Kashmir torn between escaping to a new life and rebuilding his homeland with a new love.

Many topical issues on the American landscape are also investigated in the 2012 program. Love Free or Die explores equality of lesbian, gay, bisexual and transgender people through the personal story of Gene Robinson, the first openly gay Episcopalian Bishop. DETROPIA chronicles the lives of several Detroit residents in a city transitioning from industrial utopia to the brink of bankruptcy. ESCAPE FIRE: The Fight to Rescue American Healthcare examines the powerful forces trying to maintain the status quo in a medical industry designed for quick fixes and profits rather than patient-driven care.

The AIFF again presents some of the best new feature film work available on the festival circuit. David tells the story of an eleven year-old Muslim juggling the high expectations of his family and the joy of camaraderie with peers outside his faith. Mamitas is a modern-day urban love story set on the streets of Los Angeles.

Three free programs will feature the work of local filmmakers.  The Locals Only 1 program on Sunday morning April 15 will include the winners of The Launch, the festival’s Southern Oregon student competition and The Spirit Behind Bowmer in the Park, the story behind the restaging of OSF’s summer 2011 productions in the aftermath of the discovery of a cracked beam in the Bowmer Theater. Locals Only 2 on Monday, April 16, will feature An Ordinary Life, about Ashland activist Dot Fisher-Smith, and five other films. On Monday evening, the festival will offer a special Locals Only 3 screening of Walk-In, based on Scott Blum’s novel Summer’s Path, starring several Oregon Shakespeare Festival company actors, including Danforth Comins, Miriam Laube, Richard Elmore, Michael Elich, Jimmy Garcia, Renee Hewitt, Brad, Whitmore, Liisa Ivary, and Catherine Coulson.

Free TALKback panel discussions will be held with filmmakers of all genres discussing their craft at the Ashland Springs Hotel on Friday, Saturday and Sunday mornings at 10a, with increased seating capacity thanks to a first-time Art Works grant from the National Endowment for the Arts. Guest moderators will lead the discussions and field audience questions on such topics as It’s Personal, about translating personal narratives to the screen, BYOD: Bring Your Own Doc about making non-fiction films, and After the Credits Roll: Docs in Action, exploring how filmmakers are expanding audience engagement to enact social change.

The festival features question-and-answer sessions, which follow many of the screenings. Audiences also have the opportunity to rub elbows with filmmakers over a late-night drink at the afterLOUNGE hosted by a different restaurant every night.

Tickets for festival films and events, as well as more information about films, special events and parties and the festival’s complete program are available online at ashlandfilm.org and at the festival Box Office located on the Plaza in downtown Ashland through April 11, and at the Varsity Theatre April 12 – 16.

Anne Ashbey was the Executive Director for the Ashland Independent Film Festival through AIFF14. She joined the staff in October 2011 after serving on its Board of Directors for five years, including two as Board President. After moving to San Francisco, Ashbey rejoined the Board for fiscal year 2014-15.
Contact: Website