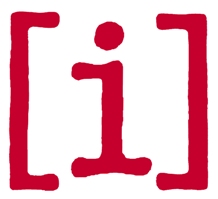 The AIFF had a lot to celebrate at the Oscars on Sunday evening! Many Ashland alumni were nominated for Awards across several categories. We are thrilled to announce that Inocente, directed by Sean Fine and Andrea Nix Fine (War Dance, AIFF 2007) received the Award for Best Documentary Short. Inocente will screen in our Oscar Short Docs 2 program at the 2013 AIFF. This program, and Oscar Short Docs 1, also includes the Oscar nominees Mondays at Racine, Open Heart, and Redemption. And look for Andrea and Sean’s new documentary, Life According to Sam, also at the festival.

We will also screen the winner of the Best Live Action Short award, Curfew, directed by, and starring, Shawn Christensen. You can see the film in our Short Stories program, which includes the nominees, ASAD and Buzkashi Boys as well!

And the Rogue Award goes to…

This year, the festival honors celebrated director, Lucy Walker, with our 2013 Award. Walker is an AIFF alum, and has been nominated twice for an Academy Award—in 2010 for Waste Land (AIFF 2011), and in 2012 for The Tsunami and the Cherry Blossom (AIFF 2012). Walker’s latest film, The Crash Reel, about champion snowboarder Kevin Pearce and his ongoing fight to recover from a massive brain injury incurred while training for the 2010 Winter Olympics, will screen during the festival.

Lucy’s diverse and moving portraits of four athletes from around the world as they meet the challenges of preparing for the Olympics will also be featured. Going for Gold: Olympic Shorts with Lucy Walker includes the films Crooked Lines, about the best rower in Brazilian history, Ailson Eraclito Da Silva; The Red Pill featuring the deeply inspiring US paralympian Anjali Forber-Pratt; The Rein of Mary King, a profile of UK equestrian champion Mary King, and the Buddhist calm that helps athletes stay on target in Secrets of Mongolian Archers. Walker will be present for an extended Q&A with the audience following the films.

A World Premiere of a Southern Oregon Production

We are very excited to announce the World Premiere of Redwood Highway directed by Gary Lundgren (Calvin Marshall, 2011 AIFF, Wow and Flutter, 2005 AIFF) and produced by James Twyman and Gary Kout.

Shirley Knight, Tom Skerritt, James LeGros and Catherine Coulson star in a moving and humorous adventure about Marie, a reluctant resident of a retirement community in Southern Oregon. She decides to walk 80 miles down the Redwood Highway to see the ocean for the first time in 45 years. The film features Rogue Valley locals and locations, and many cast and crew members will be at the screening.

The complete program for the 12th annual ashland independent film festival will be available at ashlandfilm.org on March 8th. Tickets go on sale to members beginning March 12th and to the general public on March 18th.