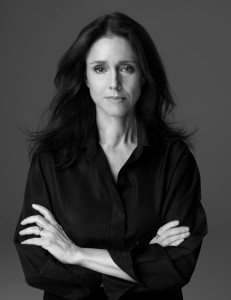 The 2012 AIFF Artistic Achievement Award was presented to Julie Taymor at the Awards Celebration, in recognition of her groundbreaking achievements in independent film, which AIFF Executive Producer Anne Ashbey Pierotti likened to “a delicious, and surprising, and deeply satisfying meal that makes you want to stay at the table all night.” In her acceptance speech, Taymor emphasized the importance of the film festival experience in providing venues for live audience-filmmaker interactions. The AIFF presented “Essential Transformation: In Conversation with Julie Taymor,” an on-screen interview conducted by Oregon Shakespeare Artistic Director Bill Rauch, and featured sold out screenings of Taymor’s films “Across the Universe” and “The Tempest.”

The 2012 Rogue Award was presented to AIFF alum Ondi Timoner (DIG!, 2005; Library of Dust, 2011). Timoner was interviewed and showed clips of her work in “Breaking Boundaries: A Conversation with Ondi Timoner,” and her film “We Live in Public” screened at the festival. The director also moderated a filmmaker TALKback panel which will be featured in a future episode of her weekly web series BYOD (Bring Your Own Doc).

Nicholas Ozeki’s “Mamitas” won the Gerald Hirschfeld A.S.C. Award Award for Best Cinematography.  Hirschfeld was the 2007 A.S.C President’s Award Honoree and Director Photography for films such as Young Frankenstein and My Favorite Year and presented the award. The Best Acting Ensemble award went to “Gayby.” “My Best Day” received a special jury mention for Acting Ensemble.

Anne Ashbey was the Executive Director for the Ashland Independent Film Festival through AIFF14. She joined the staff in October 2011 after serving on its Board of Directors for five years, including two as Board President. After moving to San Francisco, Ashbey rejoined the Board for fiscal year 2014-15.
Contact: Website