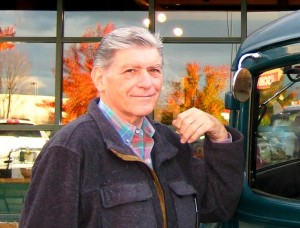 Congrats to Bill Tricarico, who completed our 2012 audience survey and was selected in a random drawing as the winner of an all-inclusive VIP Pass to the 12th annual AIFF. Bill and his wife Barbara are festival volunteers, and count this year’s films Chasing Ice, ETHEL and ESCAPE FIRE: The Fight to Rescue American Healthcare among their favorites.

Bill says:  “While theater-goers talk about the stars, plots, and action sequences in Hollywood’s blockbusters, these independent films stimulate serious discussion, discussion that is necessary if we are to fix major problems in this country.  The independent film makers deserve lots of credit for creating vehicles for change.”