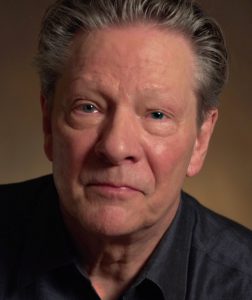 Born in Kansas City, Missouri, Chris Cooper studied agriculture and drama at the University of Missouri, subsequently moving to New York City to pursue a career in acting. He gave several notable performances in feature films, including as a union organizer in Matewan, the first of five films he appeared in directed by John Sayles. His portrayal of a homophobic Marine Corps colonel in American Beauty was a major breakthrough with critics. His performance as the eccentric plant collector John Laroche earned him an Academy Award® for Best Supporting Actor in Adaptation (2002). Cooper’s many film roles since include The Bourne Supremacy, Capote, The Company Men, The Town, and August: Osage County. Cooper’s stage work includes stints off-Broadway and in London, with the Actors Theater of Louisville and the Seattle Repertory, and on Broadway as Torvald in last year’s A Doll’s House, Part 2, for which he received a Tony Award nomination.

Cooper met his future wife, Marianne Leone, in 1979 at an acting class in New York City; they married in July 1983. Their son, Jesse Lanier Cooper, was born three months prematurely in October 1987 and developed cerebral palsy and epilepsy. Chris and Marianne became advocates for inclusive education and champions of kids with special needs. Jesse was a mainstreamed special education student at Silver Lake Regional High School where he was an honor student. In 2005, Jesse died suddenly from a seizure at age 17. Chris and Marianne are executive producers of AIFF2018’s opening night film, Intelligent Lives, which explores how our society’s narrow views of intelligence have led to the segregation of people with intellectual disabilities.

Lynn Shelton, proudly based in the Seattle film and music scenes, got her start as an experimental and documentary filmmaker before writing and directing her first feature-length film, We Go Way Back, which won the Grand Jury Award at the 2006 Slamdance Film Festival. Her second feature film, My Effortless Brilliance (AIFF2008), was awarded the Special Jury Prize at the Atlanta Film Festival. Humpday, her third feature, premiered to critical acclaim at the 2009 Sundance Film Festival and was distributed internationally by Magnolia Pictures. In 2010, she was honored with the John Cassavetes Award at the Film Independent Spirit Awards while Your Sister’s Sister (AIFF2012) won Best Ensemble Performance at the 2012 Gotham Independent Film Awards. Laggies, starring Keira Knightley, was released by A24 in 2014. Her latest film, Outside In (AIFF2018), with Edie Falco and Jay Duplass, will be released later this year by The Orchard. Beginning with Mad Men in 2010, Lynn has directed over 25 episodes of television series including New Girl, Fresh Off the Boat, Master of None, Maron, and GLOW. 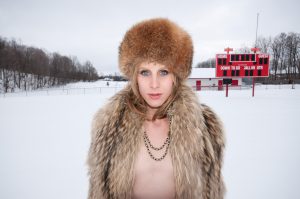 Zackary Drucker is an independent artist, cultural producer, and trans woman who breaks down the way we think about gender, sexuality, and seeing. Her participatory art works complicate established binaries of viewer and subject, insider and outsider, and male and female in order to create a complex image of the self. The disciple of a silenced, ghettoized community, her work is rooted in cultivating and investigating under-recognized aspects of transgender history. She has performed and exhibited her work internationally in museums, galleries, and film festivals including the Whitney Biennial 2014, MoMA PS1, Hammer Museum, Art Gallery of Ontario, MCA San Diego, and SF MoMA, among others. Zackary is an Emmy-nominated Producer for the docuseries This Is Me, as well as a producer on the Golden Globe® and Emmy®-winning Amazon series Transparent.

Pull Quote: “Art is a survival strategy for any ostracized people. I think that it’s always created an outlet of expression when a culture outside of a person is not supporting their voice, or not creating representations of people like them. It was really a kind of survival strategy at a young age for me to see myself differently, and to see myself outside the constraints of my physical reality.”

Zackary Drucker: Trans Film Television (featuring original short films At Least You Know You Exist and She Gone Rogue and the pilot episode of Transparent.