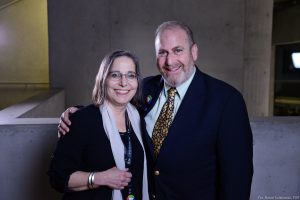 Milestone was started in 1990 by Amy Heller and Dennis Doros out of their one-room apartment in New York City. It has since gained an international reputation for releasing classic cinema masterpieces, groundbreaking documentaries, and American independent features. Since 2007, Milestone has concentrated on the restoration and worldwide distribution of films outside the Hollywood mainstream featuring “lost” films by and about African Americans, Native Americans, LGBTQ, and women. Milestone’s motto (in polite company) is “We like to mess with the canon.”

Thanks to the company’s work in rediscovering and releasing important films such as George Nierenberg’s No Maps on My Taps (AIFF2018), Alfred Hitchcock’s Bon Voyage and Aventure Malgache, Charles Burnett’s Killer of Sheep, Lionel Rogosin’s On the Bowery, Marcel Ophuls’s The Sorrow and the Pity, Billy Woodberry’s Bless Their Little Hearts, Lois Weber’s Shoes, and Shirley Clarke’s Portrait of Jason,  Milestone has long occupied a position as one of the country’s most influential independent distributors.

The AIFF tribute to Milestone will feature special live performances accompanying two of its archival rereleases, The Dying Swan and No Maps on My Taps.

No Maps on My Taps

With director George Nierenberg and a live tap performance by Suzanne Seiber. Bring your tap shoes and you will be invited to join the “tap-in” finale! 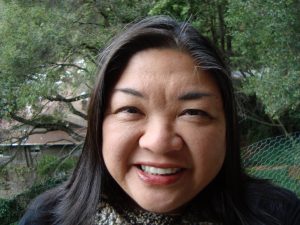 Founded in 1982, the International Documentary Association (IDA) is dedicated to building and serving the needs of a thriving documentary culture. Through its educational, advocacy, production support, and exhibition programs, IDA provides resources, creates community and defends rights and freedom for documentary artists, activists, and journalists.  IDA programs include the Pare Lorentz and Enterprise Documentary Funds, Documentary Magazine, the IDA Documentary Awards, DocuDay, and Doc U. The IDA has approximately 2,000 members in 53 countries, providing a forum for supporters and suppliers of documentary filmmaking.

Claire Aguilar is Director of Programming and Policy at International Documentary Association (IDA), where she oversees professional development, education, mentorship, and training initiatives. She serves as the primary programmer for IDA’s biennial “Getting Real” conference recently held September, 2018. She sets strategy around IDA’s policy and advocacy work supporting filmmakers around a range of issues.

Moderated by Claire Aguilar, IDA Director of Programming and Policy