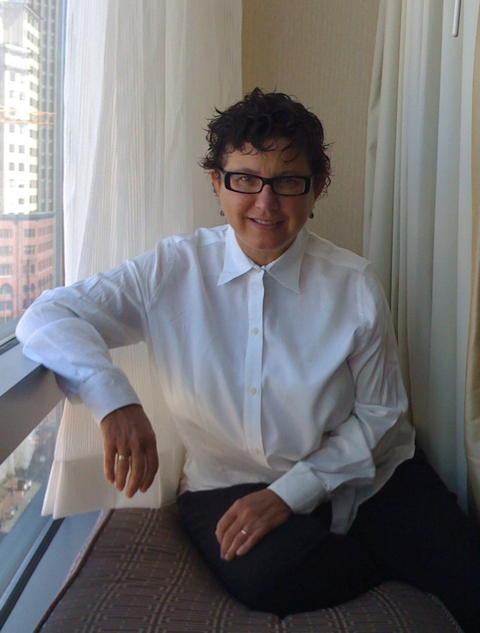 B. Ruby Rich is a Professor of Film and Digital Media at University of California, Santa Cruz and Editor in Chief of Film Quarterly (UC Press), the oldest film journal in the U.S. A renowned film critic and scholar, she writes widely in both the scholarly and academic press. Credited with coining the term “New Queer Cinema,” she is the author of New Queer Cinema: The Director’s Cut (Duke, 2013) and Chick Flicks: Theories and Memories of the Feminist Film Movement (Duke, 1998). Her career includes stints as Director of the Electronic Media and Film Program at the New York State Council on the Arts and Associate Director of the Film Center of the School of the Art Institute of Chicago. Rich received the 2006 Distinguished Career Achievement Award from the Society for Cinema and Media Studies, the 2007 James Grubner Award for outstanding LGBT scholarship from Yale University, and, in June 2017, she was honored in London with an exhibition, “Being Ruby Rich” presented by the Barbican Center and Birkbeck College.

Queer Intersectionality
A Program of Four Films Curated and Presented by B. Ruby Rich

The original New Queer Cinema movement of the late 80s and early 90s came blasting into public consciousness at a time of immense peril: the AIDS epidemic, the Reagan/Bush years, and the jeopardizing of tenuous gay and lesbian rights. Today, with genderqueer and pansexual identities on the rise, a #MeToo movement in full swing, and with more serious threats to people of color, women, queers and their allies than at any time since WW2, queer cinema is reclaiming its legacy of intersectionality—putting queerness in juxtaposition and dialogue with kindred communities and crossover issues of society, aesthetics, and culture. We are all mongrels today, and only the pure bloods and the blue bloods need fear contamination. With the Ashland Independent Film Festival, I am delighted to be reclaiming an important legacy for our political and artistic future. – B. Ruby Rich

Yance Ford is a Sundance Institute Fellow, a Creative Capital Grantee, and winner of the International Documentary Association Emerging Filmmaker Award of 2017. A graduate of the Production Workshop at Third World Newsreel, he is a former series producer of the PBS anthology series POV. The Root 100 recently named Ford among the most influential African Americans of 2017.

Special support provided by the Academy of Motion Picture Arts and Sciences.