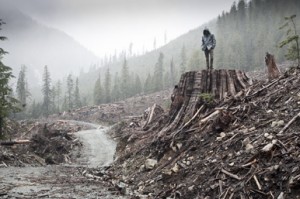 If a Tree Falls: A Story of the Earth Liberation Front, directed by Marshall Curry, has received the Oscar nomination for Best Documentary Feature. The film screened at the 2011 AIFF and tells the story of Oregon-based activist Daniel McGowan, who was arrested by federal agents in a nationwide sweep of radical environmentalists involved with the Earth Liberation Front (ELF)—a group the FBI has called America’s “number one domestic terrorism threat.” For years, the ELF had launched spectacular arsons against dozens of businesses they accused of destroying the environment. The remarkable story of the rise and fall of this ELF cell focuses on the transformation and radicalization of one of its members. Part coming-of-age tale, part cops-and-robbers thriller, the film interweaves a vérité chronicle of Daniel on house arrest as he faces life in prison, with a dramatic recounting of the events that led to his involvement with the group. And along the way it asks hard questions about environmentalism, activism, and the way we define terrorism. See a clip.

The Barber of Birmingham: Foot Soldier of the Civil Rights Movement, directed by the late Gail Dolgin and Robin Fryday, received the Oscar nomination for  Best Documentary Short. The film received the Juried Best Documentary: Short Subject at the 10th annual ashland independent film festival. It tells the story of Mr. James Armstrong, a rank and file “foot soldier” and the proud proprietor of Armstrong’s Barbershop, a cultural and political hub in Birmingham, Alabama, where hair was cut, civil rights marches organized and battle wounds from police truncheons iced. This film follows 85-year-old Mr. Armstrong as he experiences the manifestation of an unimaginable dream: the election of the first African American president. This colorful and courageous activist of the Civil Rights era casts his vote, celebrates Barack Obama’s victory, and proudly unfurls the American flag he carried across the Edmund Pettus Bridge in 1965 as he is inducted into the Foot Soldiers Hall of Fame. Mr. Armstrong links the magnitude of the present paradigm shift with challenges he faced in the past: from his sons’ integration into an all white school to the Bloody Sunday march for voting rights. See a clip.