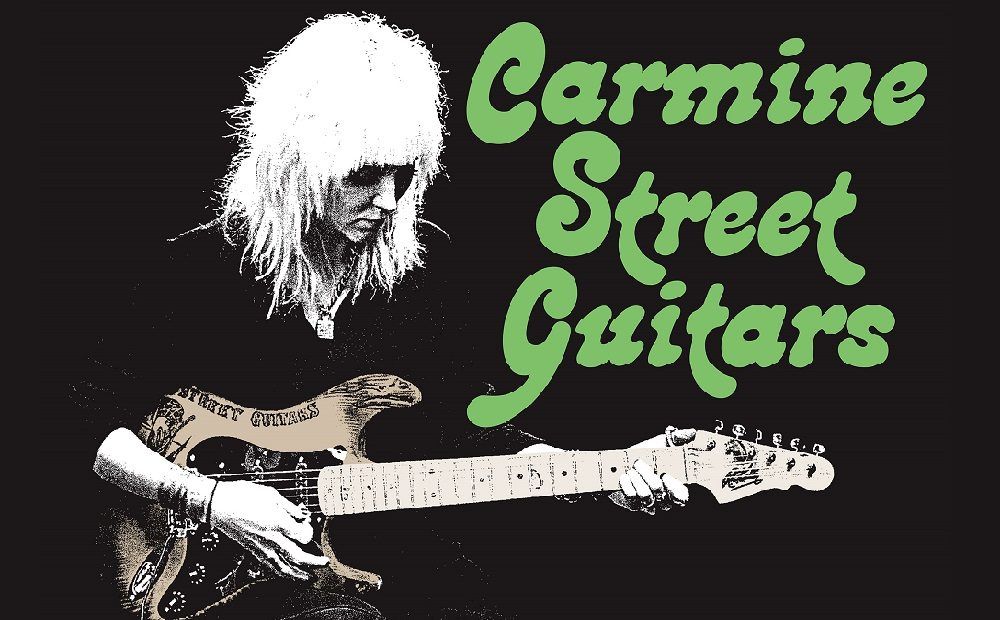 Documentary | 80 minutes | Canada | 2018
ASHLAND, OR. – Local audiences can enjoy one of AIFF2019 audience favorites, Carmine Street Guitars, at Ashland’s Varsity Theatre. Richard Herskowitz, AIFF’s Executive and Artistic Director said, “Our Best of the Fests benefits at the Varsity present films from the April festival that many have requested we bring back. Audiences in April fell hard for the two guitar-makers, an older man and his punk female employee, and the parade of amazing guitarists who come to visit and perform for them. Since the festival, Ron Mann’s film has opened nationally to great acclaim, and I’m thrilled that people have another chance to see this gem.”

About the Film:
One shop in the heart of Greenwich Village remains resilient to the encroaching gentrification: Carmine Street Guitars. There, custom guitar maker Rick Kelly and his young apprentice Cindy Hulej, build handcrafted guitars out of reclaimed wood from old hotels, bars, churches and other local buildings. Nothing looks or sounds quite like a Rick Kelly guitar, which is the reason they are embraced by the likes of Bob Dylan, Lou Reed, Patti Smith, Jim Jarmusch, just to name a few. Featuring a cast of prominent musicians and artists (including Bill Frisell, Marc Ribot, Eleanor Friedberger, and Charlie Sexton) the film captures five days in the life of Carmine Street Guitars, while examining an all-too-quickly vanishing way of life.

AIFF Members receive a $2 discount when purchasing in person at the Varsity Box Office.

This benefit screening supports AIFF and our mission to celebrate the diversity of human experience through the art of independent film by enriching, educating and inspiring all audiences.

Carmine Street Guitars will show for a week following the Best of the Fests benefit screening at the Varsity.