The Box Office for the 12th annual AIFF opened to the general public yesterday, and film tickets are selling quickly. And while a few screenings (particularly in our smaller theatres) went in to “rush”, there are still LOTS of tickets to great films available!! And, as tickets are often available to “sold-out” films on the day of the showing, “rushing” a film is a always an option.
I thought I’d take the opportunity over the next week to highlight a few films (out of 91 wonderful selections!) that we hope you will consider.
PIT STOP
A sensitive and human story about two people searching for love. This film is a fine example of what is best about independent film today. A strong script, moving performances, beautiful and understated cinematography, and delicate pacing that allows characters and stories to unfold realistically. The emotionally honesty displayed in PIT STOP have made this a film that has really stayed with me.
Co-written by AIFF Award winning Director, David Lowery (PIONEER, AIFF 2011) and Directed by Yen Tan.
And don’t miss the wonderful short that accompanies PIT STOP. 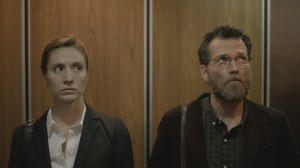 PALIMPSEST
A man, played by Joel Nagle, provides a unique type of therapy to his clients by “tuning houses,” as he listens for subtle clues of disharmony in their homes.
Read more about the films and buy tickets at ashlandfilm.org.
…………………………………
Tweet