The AIFF line-up includes a selection of Academy Award®-nominees, providing a rare opportunity for Southern Oregon audiences to see these works on the big screen. 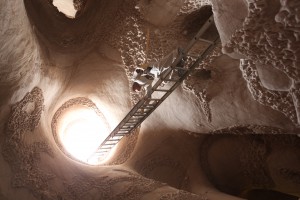 Facing Fear, follows a former neo-Nazi skinhead and the gay victim of his hate crime who meet by chance 25 years after the incident that dramatically shaped both of their lives.

Karama Has No Walls, chronicles the 2011 Yemen uprising. A peaceful gathering by students turns deadly when pro-government snipers open fire on the protest.

CaveDigger portrays Ra Paulette, an artist who creates cathedral-like caves in northern New Mexico with nothing but hand tools, grit and passion.

Prison Terminal: The Last Days of Private Jack Hall breaks through the walls of one of Americas oldest maximum security prisons to tell the story of the final months in the life of a terminally ill prisoner.

Do I Have to Take Care of Everything, a comedy about a chaotic morning in a family with kids, and a mother who is determined that it’s best to take care of everything herself.

In Just Before Losing Everything (Avant Que de Tout Perdre), a getaway becomes essential for the survival of a mother and her children.

That Wasn’t Me (Aguel No Era Yo) tells the story of Paula, a social worker, who accompanies her boyfriend to Sierra Leone to aid and rescue child soldiers.

The Voorman Problem follows Doctor Williams as he examines the enigmatic Mr. Voorman, a prisoner with a peculiar affliction: he believes he is a god that created the universe nine days ago.

The Festival’s “Animation Shorts” program includes an Academy Award winner and a nominee for Best Animated Short, along with a selection of animated films from around the world. Mr. Hublot, which received the Academy Award, depicts the strange world of an obsessive-compulsive recluse with characters and objects fashioned from intricately detailed, salvaged materials. In Feral, a young boy is found in the wild and brought back to civilization. 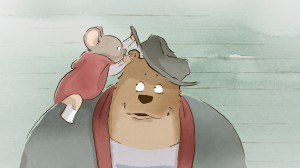 Last year, the festival expanded the popular “Family Shorts Program,” a collection of delightful and engaging short films, to a full weekend of showings at the Ashland Street Cinemas. This season, with support from the Fred W. Fields Fund of the Oregon Community Foundation, the AIFF continues to grow its family friendly programming with the Oscar®-nominated animated feature, Ernest & Celestine. A curious and surprisingly open-minded mouse, Celestine, befriends Ernest, a down on his luck bear. The two take an immediate liking to each other in this charming, playful and beautifully animated film. Featuring Forest Whitaker, Lauren Bacall, Paul Giamatti, and William H. Macy, it will enchant audiences of all ages.