Did you know? Director Ondi Timoner — DIG! (AIFF05), We Live in Public (AIFF12) — is the only two-time Sundance Grand Jury Prize winner. And now she will have two AIFF Awards! She received our Rogue Award in 2012 and this year will receive the very first AIFF No Limits Award, which we will present to her live and in person at the screening Friday night. 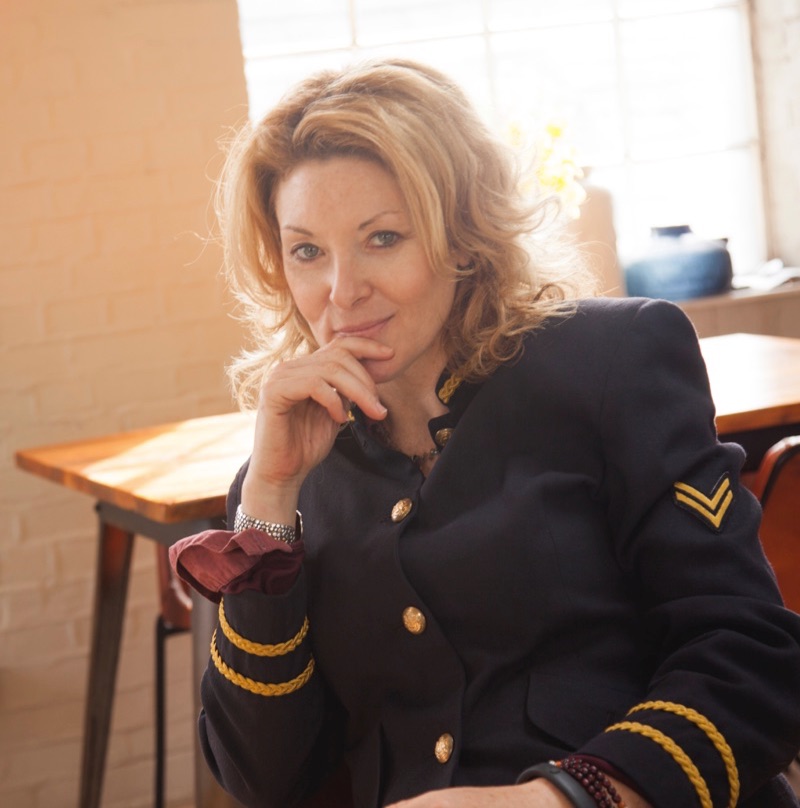 How did you get started in filmmaking?
When I was a junior in college, I asked my parents for a consumer video camera. I took it on the road during spring break. I went into tollbooths and convenience stores, and asked people what they feared the most; what they thought about gays in the military, which was an issue at that time (1992); and what made them happy. I quickly realized that buying chips or a can of soda was more interesting with a camera in my hands. People would answer my questions. It was fantastic. When I asked one guy at a truck stop “what do you fear the most?” He said, “women with video cameras.” My first film was called 3000 Miles and a Woman With a Video Camera.

What was your biggest challenge in making BRAND: A Second Coming?
Russell (Brand) did not want to actually want to make this film. He seduced me into making the film, but it was actually a project that he found very troublesome. He had been working on it for years, it was a project he wanted to do about happiness, it had many directors, and nothing was going right. But the worst part was that Russell was not in the film. So when I met him in person, I realized what an incredible presence he was and I said, “you know, I can make this film but it is going to have to be about you! And I am going to need creative control.”

He was just writing The Messiah Complex and I saw a show where he was piecing material together. I thought I could look at his trajectory of fame, and the empty proposition that fame is in terms of achieving any kind of lasting happiness. I can look at the drugs, the sex, the pretty women, what we are taught by the media will make us happy but doesn’t. I can look at all of that through Russell’s story because he took it to the hilt and came up empty. So I decided to make the film about him. He was uncomfortable with that, and fought me all the way, but in the end we got there and he really opened up to me and I think the results speak for themselves.

What do you want Ashland audiences to take away from BRAND: A Second Coming?
I hope that the film will reinforce people’s feeling that transformation is possible, that growth is possible, that a second coming is possible for all of us. And watching Russell really reinvent his life many times over, and then to make that internal switch to focus on what is really important outside of himself and deep, deep, deep, within his soul is really reaffirming for some of us who are already on that track, and really an awakening for those of us who are not. I can’t wait to share that with Ashland audiences.

If you were a superhero, what would your super filmmaking power be?
I have always said that I like Elastic Girl. She is a mom, like I am, and she is so flexible. I would be able to film in all directions, I’d be able to edit on multiple machines–because sometimes my hands can’t keep up with my brain and that’s frustrating! The faster one can adjust to a situation the better one is at mastering that situation. The more open you are to change, to taking it on, and adjusting, the more likely you are to succeed. So that’s it — Elastic Girl!

What is your go-to Karaoke tune? (Be prepared to light up the mic at our Karaoke Party at Brickroom on Saturday, April 11!)
I resisted Karaoke for many, many, years and finally when I broke down I was at the Sundance Lab. Joan Jett’s “I Love Rock and Roll” was the song I started to sing. I think that would probably be one of them, but I would like to break out and try something new. I think the question goes out to Ashland—what would you like me to sing? I am a nice low tenor!

What about coming back to Ashland are you looking forward to the most?
Racing with my son along the creek, and that weird little dive bar on your main street. I am going to drive out to the dunes with my son because you have the largest expanse of dunes in North America and I have seen them once and I want to share them with him. And, of course, the best part of being an artist is sharing your work, and Ashland will be the second place that I will share BRAND: A Second Coming, so that is something I am very much looking forward to and I can’t wait. See you soon!