Every few days we will introduce a new category, up first…

Charlotte Cook is Director of Programming at Hot Docs, North America’s largest documentary festival. She was previously Head of Film Programming at the Frontline Club in London, and has worked with BBC Storyville and the Edinburgh International Film Festival.

Andrea Meditch is president of Back Allie Films. She is the Executive Producer and Creative Advisor of Buck, winner of the 2011 Sundance Audience Award, and executive- produced the Oscar-winning Man on Wire and Oscar-nominated Encounters at the End of the World. Andrea holds a Ph.D. in media from the University of Texas. 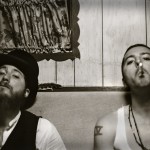 The Ross Brothers’ films have played to audiences around the world. They are the recipients of the Independent Spirit Truer Than Fiction Prize for their film 45365 (AIFF 2010), as well as numerous other film festival accolades and awards. Their most recent film, Tchoupitoulas was awarded Best Documentary at the AIFF in 2012.