“Expanded Cinema” is cinema that reaches beyond the traditional moviegoing experience, and our tribute to Apocalypse Now expands from movies to media art, sculpture, photography, live music, and theater.

An intimate look at the making of Francis Ford Coppola’s 1979 classic Apocalypse Now, Hearts of Darkness combines documentary interviews with outtakes from the film and rare documentary footage, some shot on the set by Eleanor Coppola. The film provides a remarkably immediate look at the filmmaking process and the personalities involved. 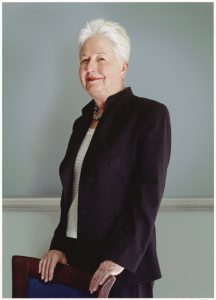 Born as Eleanor Neil in Long Beach, California in 1936, she graduated from the University of California, Los Angeles in 1959 with a Bachelor of Arts in applied design, and work as a freelance designer followed. She created fabric collages and stitchery murals for architectural installations, and began teaching design classes at UCLA. Eleanor met her future husband, Francis Coppola, in 1962, while working on Dementia 13, the first feature film he wrote and directed. Their son, Gian-Carlo, was born the following year. Another son, Roman Francois, came along in 1965. The family re-located to San Francisco in 1969. Daughter Sofia was born two years later. The artist became a documentary filmmaker by happenstance. While living in the Philippines during the making of Apocalypse Now (1976-77), she began shooting off-camera activity. Hearts of Darkness: A Filmmaker’s Apocalypse, which she shot and was co-directed by Fax Bahr and George Hickenlooper, was released in 1991 to great acclaim, winning an Emmy among other honors. She has since made behind-the-scenes documentaries on seven films directed by her family. She has written two well-received books, Notes on the Making of Apocalypse Now (1979) and Notes on a Life (2008) and directed a narrative feature, Paris Can Wait (2017).

Aguirre, The Wrath of God
Screening and Q&A with artist Matthew Picton and actor Andrew Perez

Discussing his conception of Apocalypse Now in 1979, director Francis Ford Coppola acknowledged: “Aguirre, with its incredible imagery, was a very strong influence.” The commonalities go deeper—a white colonial explorer (Klaus Kinski as Aguirre, Marlon Brando as Colonel Kurtz) traveling deep in the jungle, bent on conquest, armored with western cultural trappings and seeking godlike status among the natives, is ultimately driven mad. Has the apocalypse arrived, or has colonialism simply run its course? “It’s easier to imagine the end of the world than the end of capitalism,” noted Fredric Jameson. Artist Matthew Picton, whose sculptures in the Apocalypse exhibition reference both Apocalypse Now and Aguirre, will introduce the screening, which will be followed by the hilarious short film, My Dinner with Werner, which co-stars guest actor Andrew Perez in the role of Klaus Kinski.

Also: Four feature films and a TalkBack on our Endangered Environment

Andrew Perez comes to Ashland for a special performance of his Encore Award-winning one-man show. Klaus Kinski is one of the most celebrated yet controversial actors in the history of world cinema. The reckless abandon with which he approached both life and art left him tortured, demonized and worshipped. Before his famed collaborations with director Werner Herzog (Aguirre, the Wrath of God; Nosferatu; Fitzcarraldo), Klaus Kinski was a tortured B-movie character actor who had become a touring sensation for his live wire theatrical performances. It was during this time that Kinski starred as Jesus Christ in a one-man show that had taken him a decade to write. Audiences were outraged at Kinski’s audacious portrayal of Jesus and heckled him mercilessly. After only two performances Kinski canceled the tour. It’s now 2019 and actor-writer Andrew Perez does battle with Kinski’s demons in an effort to resurrect him and finish the job in one last command performance.

On the 40th anniversary of Apocalypse Now, Richard Herskowitz and Scott Malbaurn have co-curated a multimedia art exhibition of works addressing themes of colonialism and apocalypse raised in Francis Ford Coppola’s cinematic masterwork.

Matthew Picton creates fine art sculptures from a variety of media, informed by his studies in Politics and History at the London School of Economics. Now based in Ashland, Oregon, his work can be found in galleries and locations worldwide, including the Portland Art Museum, the De Young Museum, The Stadt Museum, and more.

Stephanie Syjuco creates large-scale spectacles of collected cultural objects, cumulative archives, and temporary vending installations, often with an active public component that invites viewers to directly participate as producers or distributors. Recent exhibitions include “Being: New Photography” at the Museum of Modern Art, New York and “Public Knowledge,” at the San Francisco Museum of Modern Art.

Bruce Bayard started a professional art career in 1988 with his move to southern Oregon. In his early career his mixed media paintings were exhibited in Los Angeles, Minneapolis, and San Francisco. In 2000 he Artists in the exhibition eschewed paint and mixed media in favor of producing his work digitally. He currently produces video collage and improvisational electronic music performances.

Morehshin Allahyari is an artist, activist, educator, and occasional curator. Her work deals with the political, social, and cultural contradictions we face every day. Morehshin is the coauthor of The 3D Additivist Cookbook. Her modeled, 3D-printed sculptural reconstructions of ancient artifacts destroyed by ISIS, titled Material Speculation: ISIS, have received widespread curatorial and press attention and have been exhibited worldwide.

Caballito Negro will present selections from their acclaimed program, Alone | Together, an intimate tribute to futurist speculations, with science as play. Caballito Negro flutist Tessa Brinckman and percussionist Terry Longshore perform intercultural work, in a fearless, ecstatic blend of modern and traditional aesthetics. Inspired by Federico García Lorca’s poem, “Canción de Jinete” (1860), the duo collaborates with many prominent, innovative artists, creating contemporary music that pushes the flute and percussion repertoire to new heights, and always in the spirit of duende.

Brinckman, Longshore, Barton, and Bayard will create a new work together as part of this adventurous concert.