The Ashland Independent Film Festival has unveiled ten film selections from its 18th annual edition. The full line-up will be released at Festival Preview Night, to be held at 7 p.m. on Wednesday, March 20 at the SOU Music Recital Hall in Ashland. Heading the list of early highlights is the world premiere of Ashland filmmakers Gary and Annie Lundgren’s Phoenix, Oregon, starring James Le Gros and Jesse Borrego as two friends who, defying midlife haze, seize an unlikely opportunity to reinvent their lives, quitting their jobs to restore an old bowling alley and serve the “world’s greatest pizza.”

According to Richard Herskowitz, AIFF Artistic and Executive Director: “I pursued Phoenix, Oregon, because I so admire the Lundgrens’ three prior features. Also, I figured Gary had further sharpened his comedy skills directing the beloved AIFF bumpers from 2012-16. I wasn’t wrong. All the actors in the film’s wonderful ensemble create idiosyncratic, funny, and believable characters the audience will love and not want to let go.”  Also starring in the film are Lisa Edelstein, Rey Gallegos, Diedrich Bader, and Kevin Corrigan.

The five-day, five-night festival will run April 11-15 in several venues across Ashland. “This year’s festival offers an array of live performances, media art installations, and several major upcoming film releases. The titles we are releasing early are a representative mix of classic films, films about artists and activists, and sensations from the recent Sundance and South by Southwest film festivals,” said Herskowitz. Festival Preview Night is the first chance to see clips from festival films, pick up the Pocket Guide, and get insider information on special guests and new events for AIFF2019. The event is free, and open to the public. Doors open at 6:30 p.m. There is a suggested donation of $10.

The festival’s selections include more than 100 films that were chosen from over 800 documentary, feature, and short films submitted to the festival, or specially selected by Herskowitz. The entire program, including information about show times, parties, filmmaker discussion panels, and children’s programs, will be available online at ashlandfilm.org beginning March 21.

Tickets go on sale to members on March 25 and to the public on March 31. Tickets can be purchased online from ashlandfilm.org or in person at the kiosk located on the downtown plaza in Ashland from 4 to 6pm beginning March 25. Film prices are $14 for adults, $13 for seniors and $6 for students. There are various prices for events, including many that are free.  Details about ticket prices and box office hours are online at ashlandfilm.org. 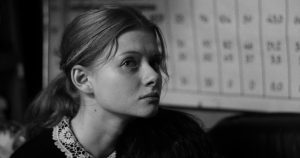 One Man Dies a Million Times

ONE MAN DIES A MILLION TIMES
Oregon Premiere | Narrative Feature
Special Guest: Jessica Oreck, Director
Alyssa and Maksim both work at the Institute of Plant Genetic Resources in the center of Leningrad, as the siege of the city is about to commence. The Institute houses, the world’s first seed bank – a repository of irreplaceable seeds from around the globe – a priceless trove of living genetic diversity, which holds the potential to transform modern agriculture. The two young botanists fall in love as the world wages war. Premieres at the 2019 South by Southwest Film Festival. 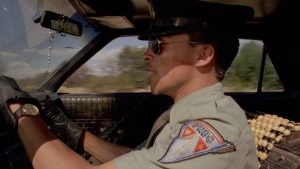 HIGHWAY PATROLMAN
Narrative Feature
Special Guest: Alex Cox, Director
​​​​​​​Repo Man director Alex Cox went south of the border to film this 1991 dramatic tale of a rookie member of Mexico’s national highway patrol, who struggles to keep on the straight and narrow in a department rife with corruption. The film was recently restored on 4K by Cox with Kino Lorber Films, which will receive an “Indie Institution” tribute at this year’s festival. 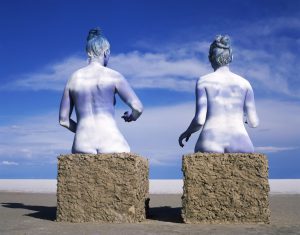 METAMORPHOSIS
Documentary Feature
Special Guests: Directors Velcrow Ripper and Nova Ami
A poem for the planet, Metamorphosis   captures the true scale of the global environmental crisis. But this crisis is also an opportunity for transformation. Through a tidal flow of stunning images, Metamorphosis carves a path from the present to the future, and offers a bold new vision for humanity and the world. Woven through the film are stories of creativity and reinvention from artists, scientists, thinkers, and young children offering creative, systemic solutions for our planet. 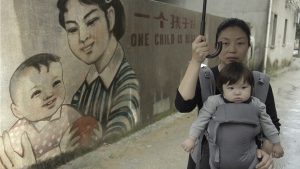 ONE CHILD NATION
Oregon Premiere | Documentary Feature
Special Guest: Jialing Zhang (in person) and Nanfu Wang (via Skype), Directors
China’s One Child Policy, the extreme population control measure that made it illegal for couples to have more than one child, may have ended in 2015, but the process of dealing with the trauma of its brutal enforcement is only just beginning. Co-director Nanfu Wang digs fearlessly into her own personal life, weaving her experience as a new mother and the firsthand accounts of her family members with archival propaganda material and testimony from victims and perpetrators alike. Grand Jury Prize winner in the Documentary Feature competition at the 2019 Sundance Film Festival. 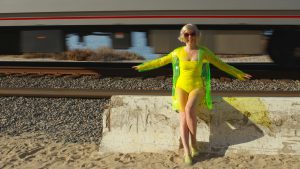 QUEEN OF PARADIS
Oregon Premiere | Documentary Feature
Special Guests: Artist Reine Paradis and director Carl Lindstrom
After selling out her first exhibition in Los Angeles in 2016, artist Reine Paradis embarks on a dangerous and surreal road trip across the United States to complete her next body of work. It’s an all-out adventure and an in-depth look at what it takes to make art today. 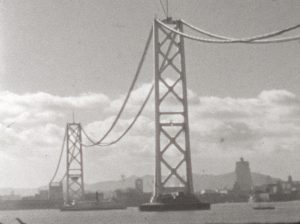 Rick Prelinger’s Lost Landscapes compilations of rare archival footage of San Francisco draw thousands of cheering, interacting viewers to halls in San Francisco each year.  Combining favorites from past years with new discoveries, this feature-length program shows San Francisco’s neighborhoods, infrastructures, celebrations and people from the early 20th century through the 1970s. Rick Prelinger presides in person, and viewers are encouraged to shout out what they see, ask questions, and engage in dialogue with each other.

Princess of the Row

PRINCESS OF THE ROW
Oregon Premiere | Narrative Feature
Special Guests: Lead actress Tayler Buck and writer/producer Shawn Austin
Bouncing around the sometimes-abusive foster care system for most of her life, Alicia, a creative 12-year-old foster girl ditches school to visit her military veteran father, Bo, on the streets of LA’s Skid Row. Bo is now homeless and mentally ill after suffering a battle-induced brain injury during his service in the Iraq war. The injury renders him unable to recognize his own daughter most of the time. But to Alicia, it doesn’t matter because she remembers the father he used to be: a caring man with a love of storytelling. 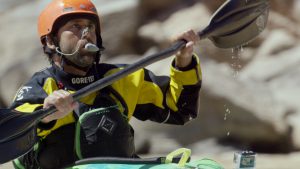 THE WEIGHT OF WATER
Oregon Premiere | Documentary Feature
Special Guest: Michael Brown, Director
The Weight of Water is a story of a blind man balancing fear and the chaos of kayaking whitewater rapids. He embarks, alone in his own boat, into the home of the most iconic whitewater in the world, the Colorado River through the Grand Canyon. Erik has already overcome some stunning challenges for both sighted and blind people, including climbing Mount Everest. Whitewater kayaking is different, and as the Grand Canyon’s Lava Falls draws closer, Erik’s fear grows till it nearly paralyzes him. 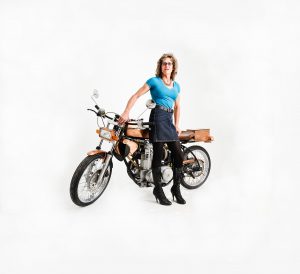 Why Can’t I Be Me? Around You

About Ashland Independent Film Festival
The Ashland Independent Film Festival is a widely recognized and highly regarded film festival, screening 100-plus independently made documentary, narrative, animation, and short films at the Varsity Theatre, the Historic Ashland Armory, and the Ashland Street Cinema each April. Praised by filmgoers for the intimate access it affords to filmmakers, and by filmmakers for its warm and intelligent reception given to the filmmakers, the Ashland Independent Film Festival was named by MovieMaker Magazine one of the “Top 25 Coolest Festivals in the World” in 2016 and “Top 50 Festivals Worth the Entry Fee” in 2018. The National Academy of Motion Picture Arts and Sciences and the National Endowment for the Arts have each awarded AIFF with rare festival support grants. The 18th annual festival will be held April 11-15, 2019.