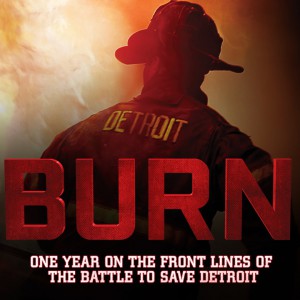 The AIFF Monthly Film Series travels to Klamath Falls!  Join us on February 15, 6:30p at the Pelican Cinema for BURN.  A Skype Q&A with Chief Craig Dougherty, Chief of Department for the Detroit Fire Department and featured in the film, will follow the screening.

BURN: One Year on the Front Lines of the Battle to Save Detroit

The AIFF’s Monthly Film Series continues February 15 in Klamath Falls at the Pelican Cinema with a screening of BURN: One Year on the Front Lines of the Battle to Save Detroit. Winner of the 2012 Tribeca Audience Award and Directed/Produced by AIFF alumnae Tom Putnam (Producer, MARWENCOL, AIFF 2010) and Brenna Sanchez, this riveting feature-length documentary tells the story of Detroit through the eyes of its firefighters, who are charged with the thankless task of saving a city that many have written off as dead. Watch the amazing trailer!