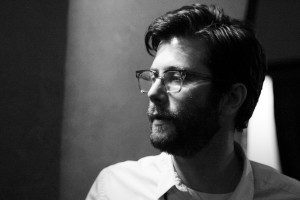 Welcome to the first of our AIFF Filmmaker spotlights!

All the filmmakers featured in this year’s festival have a wide range of interest and outlooks towards film.   We asked the burning questions, and they answered.

David: At age 12 I helmed a ten minute spoof of Tim Burton’s Batman called Fatman.  Three actors played all the roles and it was edited on two VCRs.  It didn’t really work because we didn’t have a fat enough friend for the title role.  He was just sort of husky.

Q: Who is your favorite independent filmmaker?

David: John Cassavetes.  More than any other director he saw cinema as a medium for radical humanism.  For Cassavetes, humanism came before entertainment or even artfulness.

David: Young Frankenstein.  I didn’t know it was a comedy.  Of course I thought it was hilarious, but I didn’t see it strictly as a spoof.  That naivete allowed me to engage with it on a lot of different levels; it was at turns terrifying, moving, and sexy–it had everything.  I’m always trying to connect with the innocence of that experience.

David talks SAWDUST CITY:  I had spent a lot of time writing and researching on scripts that I found myself unable to direct. They required the kind of money investors don’t like to chance on an untested filmmaker.  So I decided to make something based around what I had, who I knew, and what I knew, hoping those limitations would encourage a certain simplicity in the storytelling. All the best films are in a sense simple, and it seems too many cooks and ingredients often ruin what could be a good movie. So, this film is sort of a peasant dish–inexpensive, locally sourced, but hopefully tasty and somewhat nutritious.”   The film was shot with a seven person crew and available light in the space of two weeks.  All of the taverns in the film were open and operating during the production, and the bar regulars filled many of supporting and background roles.

For more information on SAWDUST CITY or to buy tickets, click here.