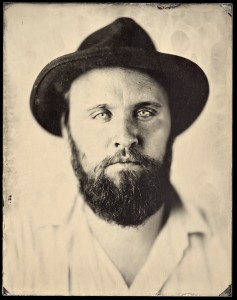 Drew Christie, Director of SONG OF THE SPINDLE

It’s officially one week until Opening Day!  Are you all as excited as we are to see all these wonderful films?!?  This time next week, downtown Ashland will be hopping.  But until then, let’s hear from another filmmaker, this time we chat with Drew Christie, Director of the animation short SONG OF THE SPINDLE.

Drew: I got started in filmmaking when I was 5 and my Dad gave me full access to the family camcorder. I started making little movies with my star wars action figures and providing the voices behind the camera.  This quickly escalated to more movies involving actual human beings, such as my sister.  In high school, my art teacher Dan Ramirez gave me full access to a sire room where I constructed sets for a stop motion film that I created throughout my senior year while I was taking classes at the Seattle Film Institute in the evening.  That is essentially how I got my start.

Drew: My favorite independent filmmakers are the Quay Brothers.  They are two American born brothers who have lived in England and made their films there for the past 30 years or so.  They mainly make stop-motion animated films.  I am deeply inspired by their aesthetic choices, decors, dramaturgy, literary influences, techniques and textures that their films employ.

Q: What was your favorite movie as a child and why?

Drew: As a child I had a few favorite films.  Empire Strikes Back was probably the first.  I had a homemade VHS copy that I watched over and over and over again.  I still believe it to be the finest of all the Star Wars films. But along with that was Beetlejuice and Raiders of the Lost Ark.

Drew: One movie, eh?  That’s tough.  I would either say The Pianotuner of Earthquakes, Bladerunner or Ed Wood.  Okay, I’ll go with Bladerunner.

Drew talks SONG OF THE SPINDLE: I heard a few years ago on the radio that scientists had just discovered that some cetaceans had spindle neurons. Spindle neurons have only been found in humans, great apes, and pachyderms. The spindle neuron is what has been called the neuron that makes us “human.”  I thought it would be fun to imagine a conversation between a whale and a human talking about the differences and similarities between their respective brains.

For more information on SONG OF THE SPINDLE or to buy tickets, click here.