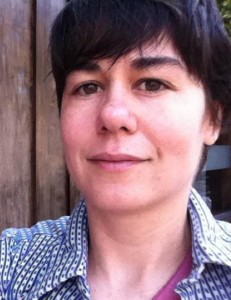 ERIN: I actually started out as a screenwriter and graduated from NYU Tisch School of the Arts with a BFA in screenwriting. I was too impatient to wait for script coverage and collided with the digital revolution and started self producing my own shorts. From there I got hooked.

ERIN: I have too many favorites. Spike Lee, John Waters, Rose Troche and Steven Soderbergh all inspired me to realize you could make a film from a very personal perspective.

Q: What was your favorite film as a child and why

ERIN: Again too many but the big studio movies caught my fascination. Butch Cassidy and the Sundance Kid, Some Like it Hot and Raiders of The Lost Ark were movies as a kid I watched over and over. This was my first film school I realize because I started peeling apart the layers and watching for one department at a time. Music, production design, dialogue, story structure; I started getting interested in the “tricks”.

ERIN: My instant thought was There Will Be Blood so I’ll go with it. Strange because I make indie comedies centered around relationships more than spectacular plots but not so strange because it tapped back into why movies are so exciting in the first place. I just try to blow up internal oil rigs in character’s hearts.

ERIN: Sampling the coffee, breathing in the Ashland green air and then watching as many films as I can.

Erin talks MY BEST DAY: As a child in a dysfunctional family and Midwestern native, common themes reoccur in my stories: People sing secretly by themselves but never out loud with others. They kiss mirrors instead of crushes. Enemies work together in jobs they hate. Mothers work their issues out in cars; teenage siblings through fisticuffs.  My favorite moments as a director have been hearing a roomful of audience members relate to characters across lines of race, gender, class and sexuality. I understand now why I am more interested in presenting “small” people with “big” problems in my movies. Most of America is small people with big problems. Comedy is the act of rebelling against conformity while inviting everyone in on the joke. I want to be specific about my own perspective enough to present the much larger reality of life that we all share. In other words, I want you to laugh.

For more information on MY BEST DAY or to buy tickets, click here.