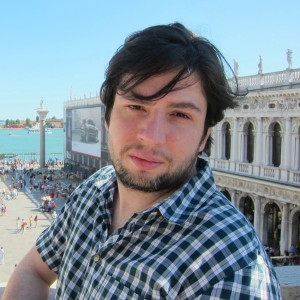 Jonathan: I had been mostly doing theater in NYC. I would experience this real sadness every time a project was finished because there was never a way to share your work with as many people as you wanted to. When I began working at a production company that had a spare camera I just started making shorts on my own.  But to be honest I’ve wanted to make a film for as long as I can remember. I just needed to wait until I felt like I could do it right.

Q: Who is your favorite independent filmmaker?

Jonathan: Almodóvar is probably my favorite filmmaker currently.  Though there are many answers to this question on different days.  When I was younger, Hal Hartley was very important to me.  I saw his first few films and his heightened sense of language and deadpan style blew my mind. They also made filmmaking seem a little more possible for someone like me who wasn’t interested in explosions or car chases.

Jonathan: I want to say something more profound but I think it’s a tie between West Side Story and Grease.  I knew every word to every song in both of those films.  I still stand by West Side Story.  It’s very beautiful and epic in all the ways younger me loved.  And Rita Morena is inbelivably good as Anita.  It was also a film my whole family would watch together.  And movies should be shared with other people.

Jonathan:  As a lifelong New Yorker I get thrilled every time I get to experience any nature.  It looks so incredibly beautiful there I really can not wait.

Jonathan talks GAYBY: The idea for the film came while fantasizing about how I, as a gay man, could have a child without paying thousands of dollars. The feature was made on a “low to no budget,” so there were the typical challenges that come with a lack of funds.  We lost a free location mid-shoot and had to find a place that would match visually but that would also be free the next day. We also had to recast an actress at the same time. And, like magic, the first person I called about using their place said yes, and an actress who was meant to have a smaller part came in to read the larger, now open, part, and nailed it on the spot.  So we didn’t even lose a day of filming. Each time a problem arose we were blessed with the luckiest of solutions.

For more information on GAYBY or to buy tickets, click here.