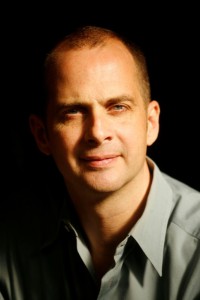 Here is another one folks!  Macky Alston, Director of LOVE FREE OR DIE, gives us an insight into why he started making films and some of his childhood movie favorites.

Macky: I got my first documentary job in my early 20s not too long after I dropped out of seminary to pursue a life in the arts. It hadn’t occurred to me that documentary was the perfect medium for me – with its rich tradition of making art to make a difference in this world. And after making a lot of films on a lot of subjects (you can learn more at www,mackyalston.com), LOVE FREE OR DIE is the film I was really born to make – marrying my religious background, my love of art, and an epic story about the fight to allow LGBT people like me to be free to love and thrive.

Macky: That Wim Wenders, one of the most audacious filmmakers of our time, made a gorgeous 3-D film about Pina Bausch, one of the most audacious choreographers of our time, makes me proud to be in the field of documentary film. I am also proud to stand in the tradition of Bill Jersey, who won an Academy Award in the 1960s for a film call A TIME FOR BURNING, about a mid-western church’s struggle with Civil Rights, it is really rare that documentary has captured with such compassion and nuance the ways in which religion and politics shape our lives in America.

Macky: My favorite film as a child was ESCAPE TO WITCH MOUNTAIN (and my daughter – yes, I am a gay dad – is desperate to watch the recent sequel at her 9th birthday slumber party this Friday). The story of being child aliens abandoned in American suburbia, dying to return to wherever the hell there are other people like them, resonated deeply with me. Thank God I escaped to New York City when college rolled around.

Macky: There is something in Francois Truffaut’s early films that is beyond romantic, so tragic, so exquisite in their understatement and audacity. SHOOT THE PIANO PLAYER is the film that slays me every time. In fact, maybe I will go home and watch it tonight.

Macky talks LOVE FREE OR DIE: I’ve been directing documentaries for almost twenty years, but this film feels like the one I was born to make. When I came out to my dad twenty-five years ago in his church office, he said that the only way to be happy is to tell no one. I didn’t follow his advice – but tragically many who receive that kind of advice do. My dad has since changed his mind – why? Because he’s seen me flourish.   In this film we see Bishop Gene Robinson and others flourish – even as they’re discriminated against. Hats off, at the end of the day, to Bishop Robinson and the countless others who came before him, flank and follow him. We rarely comprehend just how much these people have put on the line in order for us to enjoy our freedom. It has been a privilege to try to bring that to light.

For more information on LOVE FREE OR DIE, or to buy tickets, click here.