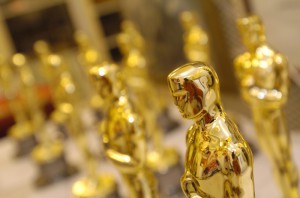 Roll out the red carpet! The AIFF is teaming up with Thai Pepper for the biggest night in Hollywood — and you are invited!

Gather with fellow film lovers February 26th for a delicious black-tie affair to support the non-profit ashland independent film festival. The celebration begins with a red-carpet approach to the Satay Bar to watch the ceremony. Ballots will be distributed to vote on your favorites, with prizes for those who correctly predict the winners. A special menu is being prepared for the event, and a donation of $10 per ticket sold will be made to the AIFF by ThaiPepper.

AIFF has lots to celebrate this Oscar season! As posted previously, two films from the 10th annual AIFF are among the nominees: If a Tree Falls: A Story of the Earth Liberation Front, directed by Marshall Curry, is in the running for Best Documentary Feature, and The Barber of Birmingham: Foot Soldier of the Civil Rights Movement, directed by the late Gail Dolgin and Robin Fryday, contends for  Best Documentary Short. In more local news, Southern Oregon Film and Television (SOFaT) is represented not once but TWICE in the Oscars this year as Gary Kout was the Production Supervisor on the live-action ’emotion capture’ reference shoot for Rango, and Greg Eliason was the Natural History Producer for Tree of Life. More Oscar contenders will be among the films screened at the 11th annual AIFF — stay tuned for programming updates.

Space is limited and reservation are required. Call Thai Pepper today to reserve your table!