Next up in our Meet the AIFF14 Filmmakers series, we talk with Jason Cohen, Director of the Oscar®-nominated short documentary Facing Fear.  Facing Fear is playing in the Oscar Shorts 2 Program on Sunday, April 6 at 9:30a in the Historic Ashland Armory. 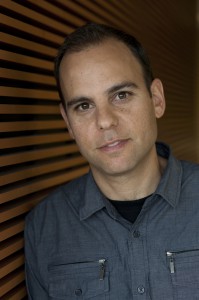 How did you get started in filmmaking?
Jason: I went to school (UW-Madison) for journalism and while there started taking film classes and decided broadcast journalism wasn’t my cup of tea but mixing storytelling and journalism might be. Documentary filmmaking was the perfect combination of that. My first production gig was at MTV in the early 90’s on a really bad show but I met some people who were doing other work outside of that and began free-lancing in TV and film production. Then Landed in SF and met Academy Award winner Steven Okazaki and started work with him on a doc on heroin addicts in SF that we eventually sold to HBO and it all grew from there.

Who inspired you to become a filmmaker?
Jason: I can’t say one particular person inspired me to become a filmmaker. I watch everything…depressing indie films, blockbusters, slapstick comedy, animation, experimental…you name it. As a kid, it was about what you’d expect growing up in suburbia in the 80’s…Star Wars and the like which I still draw upon but I think when I was introduced to more challenging films in college there was an impetus and recognition of how film could be used as a voice for issues and people that need to be heard. There are some filmmakers in the doc world who I have always looked up to including people like Les Blank, The Maysles and Steven Okazaki, who I’ve been fortunate enough to work with for the last 19 years.

If you were a superhero, what would your super filmmaking power be?
Jason: Suspending time so I could make golden hour last more than an hour and I could give my crew a longer lunch.

What is your go to Karaoke tune? (Join us for Karaoke at the AfterLounge on 4/5 9p at Standing Stone Brewing Company)
Jason: Probably best for everyone and their eardrums if I don’t partake…unless it’s spoken word.

What are you looking forward to most for your visit to Ashland?
Jason: Seeing films with the beautiful backdrop of Ashland and talking shop with a bunch of amazingly talented filmmakers.

Jason talks Facing Fear:  Sometimes a story comes your way that strikes you from the outset and you know there is a film in it with a powerful message to be told. There were so many layers to Matthew and Tim’s saga from the initial attack to the characters rediscovering each other and then delving into the whole journey that started from that point.

In the film Tim says, “I don’t know if I could forgive somebody the way he’s (Matthew) been able to forgive me.” That statement really struck a chord with me. It was something I thought about throughout the production of the film. I was often asking myself the question: How would I handle this if I was thrown into this extraordinary situation? That self-reflection is something that I feel the viewer will also be forced to examine after seeing the film. Of course, there is no right answer, but it is something we can all consider and open a discussion about.