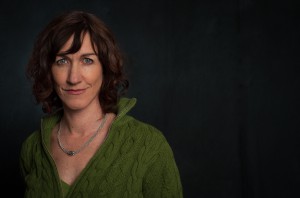 How did you get started in filmmaking?
Suzan: I was a theater director and actress. While I enjoyed that career very much, I began to realize that almost all of my ideas and stories were in film. So one day I picked up an inexpensive camera and shot my first short film, a story idea that had been kicking around my head for years. After that I never turned back.

Who inspired you to become a filmmaker?
Suzan: I would say my greatest inspirations were the two fabulous film festivals I volunteer for in Telluride: Telluride Mountainfilm and Telluride Film Festival. Eventually I guess I believed that I maybe I could make a film. My first short film premiered at Telluride Mountainfilm.

If you were a superhero, what would your super filmmaking power be?
Suzan: The power of invisibility to shoot verité where no one knows you’re there!

What is your go to Karaoke tune? (AfterLounge Karaoke Party 4/5 9p at the Standing Stone Brewing Company)
Suzan: “Royals” by Lourde

What are you looking forward to most for your visit to Ashland?
Suzan: I’m looking forward to finally being able to attend Ashland Independent Film Festival. I have heard amazing things about the festival and am thrilled get to take part this year. Oh, and I guess the karaoke!

Suzan talks Uranium Drive-In: I live in Telluride, home to the environmental organization opposing the uranium mill. I followed the issue of the proposed mill from early meetings and debates, pro and con. I went into the project assuming that this mill was a bad idea. After all, I consider myself an environmentalist and I was concerned about the impact of the new mill on our watershed. After spending two years in this community really getting to know people and why they so desperately wanted the mill, I grew to understand that the issue wasn’t nearly as black and white as I had originally assumed. While I am still not a nuclear energy convert, I am aware that it may need to be part of our energy future if we expect to dramatically reduce our planet’s carbon emissions.