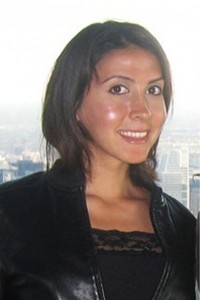 How did you get started in filmmaking?
Sydney: I originally went to college to study painting and drawing. Along the way I was introduced to photography, computer art, computer animation, screenwriting, and ultimately film.

Who inspired you to become a filmmaker?
Sydney: I don’t know that any one person inspired me to be a filmmaker. The thing that originally attracted me was the process of filmmaking itself. I loved the idea of being able to tell stories, and to be able to do it in a collaborative setting.

If you were a superhero, what would your super filmmaking power be?
Sydney: Investor mind control.

What is your go to Karaoke tune? (AfterLounge Karaoke Party at Standing Stone Brewing Company, Saturday April 5, starting at 9p)
Sydney: Anything by George Strait.

If you are attending #AIFF14, what are you looking forward to most in Ashland?
Sydney: I’m really looking forward to spending some time in Oregon. I was there briefly back in December to work with my composer in Portland. I drive up from California and passed through a bunch of towns (including Ashland). I wanted to stop and explore and now I will actually be able to hang out for a few days.

Sydney talks Drunktown’s Finest: I am from the Navajo Indian reservation. On the reservation poverty is high, alcoholism is rampant, and the unemployment rate hovers at 60%. For a lot of Native Americans, their only means of income is to create artwork to sell to tourists. This is the world I come from. As a child, art was a part of everyday life, but not just for enjoyment and entertainment purposes. A song is a prayer. A painting is a prayer. A story is a prayer. And prayer is how we communicate with our Creator. I too want to communicate, but I want to do it through the medium I know best: film. Until now my artistic life and my indigenous life have been two worlds that I’ve kept separate. I see Drunktown’s Finest as a way to bring them together.