Dawn Porter, Director of Gideon’s Army answers our burning questions and is next up in our #AIFF13 Filmmaker Spotlight. 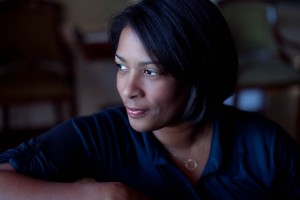 Q. How did you get started in filmmaking?

Dawn: I worked in television standards and practices for many years – first at ABC News and  then at A&E television. That job involved among other things watching cuts of long and short form programs.  After doing those jobs for more than 12 years I was ready for a change and thought Id really like to work on my own film.  I met Jon Rapping and he invited me to come film his training program in Alabama and so I hired a crew and began filming.

Dawn: I adore the work of Laura Poitras.  Not only is she a beautiful storyteller, she is so brave. She is a true original voice and I really admire her work.

Q. What was your favorite film as a child and why?

Dawn: Butch Cassidy and the Sundance Kid.  I watched that movie so many times.

Q. If you were stranded on an island, and had the ability to watch on film over and over, what would that be?

Dawn: OK this is embarrassing but its probably The Way We Were.  I love and I always hope that Hubbell and Katie get back together.

Q. If you are attending the 2013 AIFF, what are you looking forward to most in Ashland?

Dawn: I can’t wait to see great films and connect with other filmmakers.  Ashland has such a great reputation as a place for great conversation as well as great films.  I love meeting people who love documentary filmmaking.