It’s festival week! Let’s kick it off with another installment of our #AIFF13 filmmaker spotlights.  Meet Marta Cunningham, Director of VALENTINE ROAD. 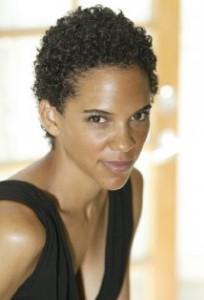 Q:  How did you get started in ﬁlmmaking?

Marta: I began the process of making of ﬁlmmaking by picking up a camera and interviewing key players involved with the murder of Larry. As I started accumulating footage for research on the narrative piece I was working on I quickly realized that this needed to be a documentary revealing the various pieces to this complex story.

Marta: Laura Poitras, Fatih Akin, Erol Morris and Jacques Audiard. All of these ﬁlmmakers have a way of telling a story through an anti-heros that I really admire. They shy away from black and white themes and delve into the humanity that we all share.

Q: What was your favorite ﬁlm as a child and why?

Marta: Wow, that’s a tough one. My mother introduced me to some amazing classics when I was young like THE RED SHOES and THE PICTURE OF DORIAN GRAY but hands down I would have to say STAR WARS. I can watch it with my kids today and I still absolutely love it. I love epic tales.

Q: If I were stranded on an island, and had the ability to watch a ﬁlm over and over, what would that be?

Marta: I think it would be a toss up between TAXI DRIVER and Ed Wood’s PLAN 9 FROM OUTERSPACE. I think TAXI DRIVER is an amazing ﬁlm of how dangerous and out of control the 70’s felt to everyone in states and it inspired me to be a ﬁlmmaker and PLAN 9 makes me laugh harder then any other ﬁlm I have ever seen.

Marta: One of the best experiences I have had this year as we travel to various festivals is to be able to meet other ﬁlmmakers. You rarely have opportunity to meet people who are directors and producers from all over the world and that is extremely exciting. Also, I have every intention of delving into the Ashland itself, I have heard nothing but great things!

Marta talks VALENTINE ROAD: I first heard about Lawrence King and the tragic circumstances of his death from an article in the Southern Poverty Law Center’s magazine. The coverage that existed seemed to portray the real problem as Larry being ‘too gay, too soon.’ I believed Larry deserved to have his story told in an unbiased way. I called to find out when the next hearing for Brandon, his accused killer, was taking place, and so began the four-year journey that became Valentine Road. Brandon had turned fourteen only nineteen days before the shooting. Were there two misunderstood juveniles in this case? I had to tell the story of these two boys who had both suffered abuse. I challenged myself to support the struggle of all citizens to equal rights before the law. It is my hope that this film plays some part in the struggle for justice in the often forgotten communities of our nation.