We recently introduced you to our jurors for Best Short Documentary. Up next in our Meet the #AIFF14 Jurors series, the jurors for Best Feature, Best Acting Ensemble, and Best Cinematography.

Francesca Gregorini brings a worldly, passionate and unique sensibility to her filmmaking. Her film, The Truth About Emanuel starring Jessica Biel and Kaya Scodelario, premiered in the US Dramatic Competition at Sundance (2013) and went on to win the Cinematography and Acting Ensemble Awards at the 2013 Ashland Independent Film Festival.

David Lowery is a filmmaker from Texas. His films include Pioneer (AIFF Best Short Film 2011), St. Nick, and Ain’t Them Bodies Saints. He co-wrote Pit Stop (AIFFF 2013), and has also worked as an editor on films such as Upstream Color, Sun Don’t Shine, and Bad Fever.

Anne Thompson was on staff at The Hollywood Reporter and Variety, and served as West Coast Editor of Premiere. She has written for the LA Weekly, Sight and Sound, The New York Times, Entertainment Weekly, The Washington Post, The London Observer, Wired, and Vanity Fair. Her blog Thompson on Hollywood resides at Indiewire. 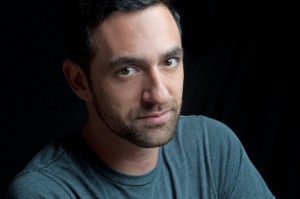 Benjamin Pelteson (Best Acting Ensemble Juror) is an acting company member at the Oregon Shakespeare Festival. He has appeared on stage in New York, Philadelphia, DC, Massachusetts, Pittsburgh, Baltimore, and more. His TV credits include Homeland, Law & Order, and Unforgettable. Benjamin co-curated the first ever Daedalus Film Fest, presented in partnership with AIFF, in 2013.

The Gerald Hirschfeld A.S.C. Award for Best Cinematography: Feature
Gerald Hirschfeld A.S.C. is the Director of Photography of 45+ feature films including Fail Safe and Young Frankenstein. He is the author of Image Control, and a member of the Academy of Motion Picture Arts and Sciences. He received the A.S.C.’s President’s Award and the AIFF’s Lifetime Achievement Award (2004).