Last April, as we were preparing for the 2013 AIFF Awards Ceremony at the Ashland Armory, we were all very saddened to hear the news of Les Blank’s passing at the age of 77. Six years earlier to the day, on that same stage, we were honoring Les with our 2007 AIFF Artistic Achievement Award, and paying tribute to an amazing man and his exceptional body of work.

Although a man of few words, Les Blank’s original and exuberant approach to both his life and work, spoke volumes and touched our hearts and minds. He had a profound impact on so many in the documentary filmmaking community and beyond. We joyfully celebrate his filmmaking legacy at the AIFF with the 2014 Les Blank Award for Best Feature Length Documentary. 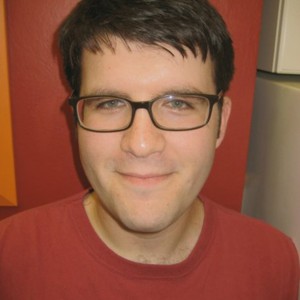 Neal Block is Head of Theatrical Distribution at Magnolia Pictures. He has recently overseen the release of Blackfish; Food, Inc.; and The Hunt. Soon, Magnolia will shepherd into theaters Lars Von Trier’s Nymphomaniac and Lukas Moodyson’s spectacular We Are The Best! Neal previously worked for Palm Pictures and Samuel Goldwyn Films.

Peter Caranicas is Deputy Editor of Variety, where he manages the features team that produces over 200 special print and online sections each year. Previously, he was Editor of Below the Line, Shoot, Film & Video and other industry magazines. He received his B.A. from Yale and a Master’s from the London School of Economics.

Roger Ross Williams‘ latest documentary film God Loves Uganda premiered at the 2013 Sundance Film Festival. It has won numerous awards including Best Documentary at AIFF 2013, and was shortlisted for a 2014 Academy Award. His film Music by Prudence won the 2010 Academy Award® for documentary short subject.