Did you know? The filmmakers were able to shoot unprecedented and gripping courtroom footage instead of the more typical CCTV camera feed by agreeing to edit and mix a daily version for mainstream media pool reporters. 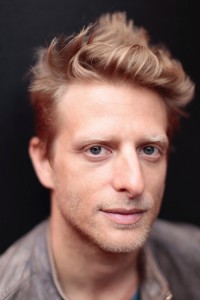 How did you get started in filmmaking?
I began making very low budget films for Channel 4 in the UK in 1999-2000 and then moved into creating documentary style visuals for concerts; created a couple of video art installations and then moved into feature length documentaries with Who Is Dayani Cristal?

Who inspired you to become a filmmaker?
The first films and documentaries I can remember being inspired by was as a teenager watching Alan Parker’s The Wall, a couple of documentaries by John Pilger, and The Animals Film narrated by Julie Christie. I also distinctly remember reading two books back then, Dispatches by Michael Herr and Ways of Seeing by John Berger.

There are some films that I find myself watching every few years because they deal with ideas that for me are not time specific. Dial History by Johan Gimponprez, The Troubles We’ve Seen by Marcel Ophus, Encounters At The End Of The World by Werner Herzog, The Thin Red Line by Terrence Malick, Wings of Desire by Wim Wenders, Hunger by Steve McQueen, Darwin’s Nightmare (AIFF016) by Hubert Sauper, Ghost In The Shell by Mamoru Oshii, and Punishment Park by Peter Watkins.

What was your biggest challenge in making 3 1/2 Minutes?
It is inevitably a challenge to enter into a family’s life at a time where they are suffering such irreversible loss. But meeting Ron and Lucy was very humbling — they were parenting Jordan even in his death and were fighting for justice with such dignity. They were so open and realized that although the film is about the life and death of their son, it speaks to the unjust deaths of many other people in America.

What do you want Ashland audiences to take away from 3 1/2 Minutes?
My experience of filming the trial was very revealing. It became clear to me that institutional racism clearly infects the legal system. In court, race was not allowed to be discussed since Michael Dunn was not charged with a hate crime because no witness heard him use any racist language. But of course for everyone outside the courtroom, and for Dunn himself as revealed by his phone calls from prison, clearly race was a factor. The law was speaking yet it didn’t seem just.

I found it very symbolic that race could not be discussed in the courtroom because America does not want to admit that it has a racism problem. If you cannot admit there is a problem, you cannot solve the problem. Change has to begin with what is responsible for most of the conditioning and that is the media and education systems, both of which shape our perceptions.

If you were a superhero, what would your super filmmaking power be?
Fundraising.

Marc talks more about 3 1/2 Minutes…
I made 3 1/2 Minutes because I was fascinated by how racial profiling, gun rights, and self-defense laws came together to tragic effect. Jordan’s murder was not tried as a hate crime, and many denied race was a factor. Meanwhile, on the streets and in the media, the case was all about race. To me, Michael Dunn symbolizes racism in the US, which brands itself as post-racial but has never overcome its long history. We cannot continue upholding the myth that racism is over; we need to name the mess we are in if we are ever going to emerge.