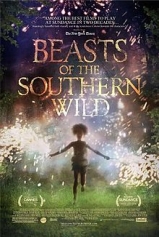 The ashland independent film festival’s “second Thursday” monthly film series continues with the critically acclaimed Beasts of the Southern Wild on Thursday, August 9th at 6:00p and 8:30p at the Varsity Theatre in downtown Ashland. Tickets on sale now at the Varsity Box Office: $8.50 general public or $6.00 for AIFF members.

Winner of both the Caméra d’Or award at the Cannes Film Festival and the Grand Jury Prize in Drama at Sundance, Beasts of the Southern Wild is surrounded by serious buzz. Read the New York Times review.

Inspired by Hurricane Katrina, this fearless and fantastical film tells the heartwarming story of a young girl and her father living in a bathtub in the Louisiana Bayou. Watch the trailer.

Join us at Thai Pepper Satay Bar after the screenings for an afterLOUNGE to enjoy a signature cocktail with fellow independent film lovers! This event is free and open to all — plus you’ll get $1.00 off your tab when you present your ticket stub.

We hope you will join us for this special Monthly Film Series screening of Beasts of the Southern Wild.