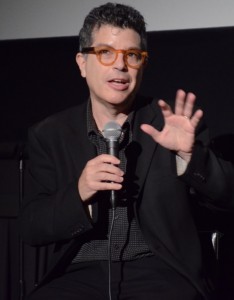 Herskowitz has been the artistic director of the Houston Cinema Arts Festival since its inception in 2009, and will continue in this role, programming from his home base in Oregon. He taught cinema studies and programmed film festivals at the University of Oregon from 2009-15, and continues to curate media art exhibitions for UO’s Jordan Schnitzer Museum of Art. From 1994 to 2008, Mr. Herskowitz was director of the Virginia Film Festival in Charlottesville and was named Tourism Person of the Year in 2007 by the Charlottesville Albemarle Convention and Visitors Bureau. Prior to this, he directed the Cornell Cinema media arts center, where he presented over 500 films annually from 1982-94. In Ithaca, N.Y. he also served as the film and video curator at the Herbert F. Johnson Museum of Art and received the Human Rights Award in 1988 from the Tompkins County Human Rights Commission for “innovative programming of films addressing human rights issues.” He has been a programmer multiple times and president of the Robert Flaherty Film Seminar and chair of its 50th Anniversary Committee.

Cathy Dombi, executive director of AIFF, described Herskowitz as “smart, dynamic and innovative, with proven successes in his field. Richard brings a wealth of creative talent, deep industry relationships, and over 30 years of film programming experience. He has what it takes to not only strengthen AIFF but also take it to new levels.”
Herskowitz is looking forward to joining the AIFF team for the 15th annual film festival.

“I knew the town’s natural beauty and cultural vitality were special when I first came to Ashland for the Shakespeare Festival five years ago. I fell even harder for the place when I attended AIFF in 2014 and discovered a film festival that both filmmakers and cinephile audiences adore. When the job became available, I jumped at the chance to guide AIFF’s future programming.” Herskowitz starts in the position this month and will make his Ashland curatorial debut with the Varsity World Film Week, October 2-8.

AIFF is a widely recognized and highly regarded film festival, screening 90-plus independently made documentaries, features, and shorts at the Varsity Theatre, the Historic Ashland Armory, and the Ashland Street Cinema each April. Praised by filmgoers for the intimate access it affords to filmmakers, and by filmmakers for its warm and intelligent reception given to the filmmakers, the Ashland Independent Film Festival was named one of the “Top 25 Coolest Festivals in the World” by MovieMaker magazine, and holds the number one spot in the “Best Places to Live and Work as a Moviemaker in 2015, Top Towns.” The National Academy of Motion Picture Arts and Sciences and the National Endowment for the Arts have each twice awarded AIFF with rare festival support grants.