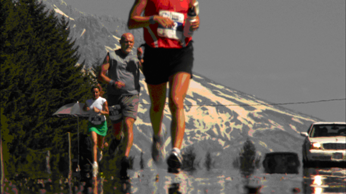 2010 marked a record year for films made in Oregon—and by Oregon filmmakers—which screened at the ashland independent film festival. For the upcoming 10th Annual festival, April 7-11, 2011, we are very pleased to include even more Oregon-made films, including our Locals Only program, and our Launch Regional Student Film Competition.

A number of AIFF alumni return to the festival this year. Portland-based Peter D.  Richardson (Clear Cut: The Story of Philomath, OR) returns to Ashland with How to Die in Oregon, winner of the 2011 Sundance Film Festival Grand Jury Prize; and Irene Brodsky (Hear and Now and The Final Inch) returns with the World Premiere of her account of the BP Gulf Oil Spill, Saving Pelican 895.  Marshall Curry (Street Fight and Racing Dreams) screens If A Tree Falls: A Story of the Earth Liberation Front, also a Sundance winner, and filmed in Southern Oregon.

We’re thrilled to host the Oregon Premiere of Ashland filmmaker Susan Saladoff’s, Hot Coffee, fresh from Sundance, as well as a special screening of a new film, The Welcome, by Ashland resident, and AIFF Alumni, Kim Shelton (A Great Wonder: Lost Children of Sudan). Plus our Locals Only programs provide a showcase for 10 films made in Southern Oregon, including the winners of our Launch regional student film competition.

Portland filmmaker Brett Eichenberger will attend the 10th Annual festival with the world premiere of his narrative feature,Light of Mine, and David Weissman, also from Portland, will screen the documentary We Were Here.  Christoph Baaden brings Hood to Coast, his story of the epic relay race from Mount Hood to the Oregon coast. Chris Munch shot his feature,Letters From the Big Man, which premiered at Sundance in January, at locations throughout Southern Oregon.

Shorts and animation are well represented too, Daniel Fickle’s Denmark, Zach Bainter’s Passion, AIFF Alum Patrick Neary’sLandscape with Duck.  Ondi Timoner and Robert James’ short documentary Library of Dust, filmed at the  Oregon State Hospital, will be accompanied by an art gallery show of photographs by David Maisel which are featured in the film.

It’s exciting to see the steady increase in Oregon-made films submitted to the AIFF year after year, and to witness the wealth of talent demonstrated by the growing number of filmmakers here. We are delighted to provide a platform for their films to reach audiences in Southern Oregon and beyond.