You just looked online and that AIFF14 film you want to see is in RUSH! Don’t give up. 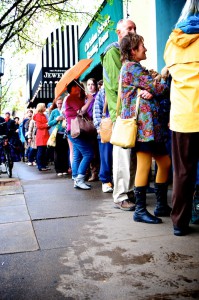 Come down to the theatre and stand in the RUSH line. At five minutes to show-time, if there are empty seats in the theatre, we will sell you a ticket to the film.

A couple of important things:

Your friends and neighbors are getting into films on RUSH, and you should too.