The Music program of the Department of Performing Arts at Southern Oregon University, in cooperation with the Ashland Independent Film Festival, presents a Film Music Lecture by Emmy® Award winner Larry Groupé, on Monday, November 4 at 7:30 p.m. in the SOU Music Recital Hall. Admission is free and open to the public. 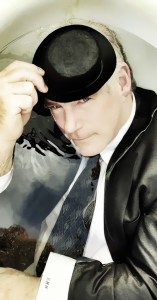 (Ashland, Ore.) — The Music program of the Department of Performing Arts at Southern Oregon University, in cooperation with the Ashland Independent Film Festival, presents a Film Music Lecture by Emmy® Award winner Larry Groupé, on Monday, November 4 at 7:30 p.m. in the SOU Music Recital Hall. Southern Oregon University is proud to offer this lecture to the community free of charge. The lecture, titled “The Hollywood Film Composer Today,” will feature a variety of clips from Larry Groupé’s own film scores. Groupé will help the audience explore the current process of working with directors, producers, and the studio, and discover the differences between producing musical scores for feature films and scoring for television. He will cover the technical and digital aspects of the craft, as well as the current business climate, conditions and ancillary careers in the field.

“Composers, musicians, and fledgling filmmakers of all kinds are always curious about how to work as, and collaborate with, a composer,” said Terry Longshore, SOU Professor of Music, who coordinated the presentation. Students and community member interested in musical composition, theater, drama, digital production and storytelling of all kinds will benefit from Groupé’s willingness to share his expertise in these fields. “I know Larry personally and worked with him on the soundtrack for ‘Apt Pupil,’ based on a short story by Stephen King,” said Longshore. “It is a privilege to bring such a great composer to our region and it presented a good opportunity for the SOU Performing Arts Department to coordinate an activity with our local Ashland Independent Film Festival.” He noted that “this isn’t just a lecture for SOU students. Anyone in the community who loves music or enjoys film will enjoy Larry’s presentation. This is a wonderful, free opportunity, even for high school students, to learn the real workings of film and music in Hollywood from someone currently working in the industry.”

One of the most talented and versatile composers working in entertainment today, Larry Groupé has an impressive musical résumé in film and television as well as the concert stage. His achievements have received both critical praise and popular acclaim. Larry is a two-time Emmy® Award winner and three-time nominee. Groupé’s two Emmy® awards are for Best Documentary Score for “Jonas Salk: Personally Speaking” and “Residue,” a short subject film about the early involvement of the United States in Cambodia. He’s also composed the music for a variety of features that have shown at the Sundance, Berlin and Toronto International Festivals. Notably, he wrote the score for “The Contender” starring Joan Allen, Gary Oldman and Jeff Bridges, a highly regarded political drama written and directed by Rod Lurie, which received multiple Academy Award nominations. This political drama edge led them to “Commander in Chief,” which became the number one most successful new TV series when launched by ABC. Larry also enjoyed special recognition when he teamed with the classic rock legend YES, co-composing ten original songs on the new CD release, “Magnification,” as well as writing overtures, arrangements and conducting the orchestra on their Symphonic Tour of the World. Larry has most recently completed his latest score for “Straw Dogs,” directed by Rod Lurie and starring James Marsden, Kate Bosworth and Alexander Skarsgård. About Southern Oregon University As the public liberal arts university of the West, Southern Oregon University focuses on student learning, accessibility and civic engagement that enriches both the community and bioregion. The university is recognized for fostering intellectual creativity, for quality and innovation in its connected learning programs and for the educational benefits of its unique geographic location. SOU is the first university in Oregon—and one of the first in the nation—to offset 100 percent of its energy use with clean, renewable power.