Jim Teece and his wife Dena Matthews have been part of the AIFF family for almost as long as there’s been an AIFF. Their two local businesses, Project A and Ashland Home Net, have been sponsors and supporters since the earliest days of AIFF. Jim served on our Board of Directors, and was Board President in 2007-2008. And then there are the years and years of photographs, videos, and interviews Jim has conducted during the 5-day film festival itself. Always with a modest smile and manifest enthusiasm that is “worth more than cash,” as Jim would say.

Jim and Deena founded Project A in 1990 as a custom software development company. Soon after, they moved to Ashland, OR and expanded their business into eCommerce, working with companies like Doc Martens and Apple Computers. They became pioneers in eGovernment solutions, creating websites that are affordable and easy to use for municipalities throughout Southern Oregon, and cities like San Diego and Colorado Springs. In 2008, Jim and Dena acquired Ashland Home Net, which is now the largest ISP in Ashland, and its only locally owned provider of cable TV, high speed internet, and phone service. Jim also co-created the outstanding Art Authority app, “an experience unlike any other” per The New York Times. 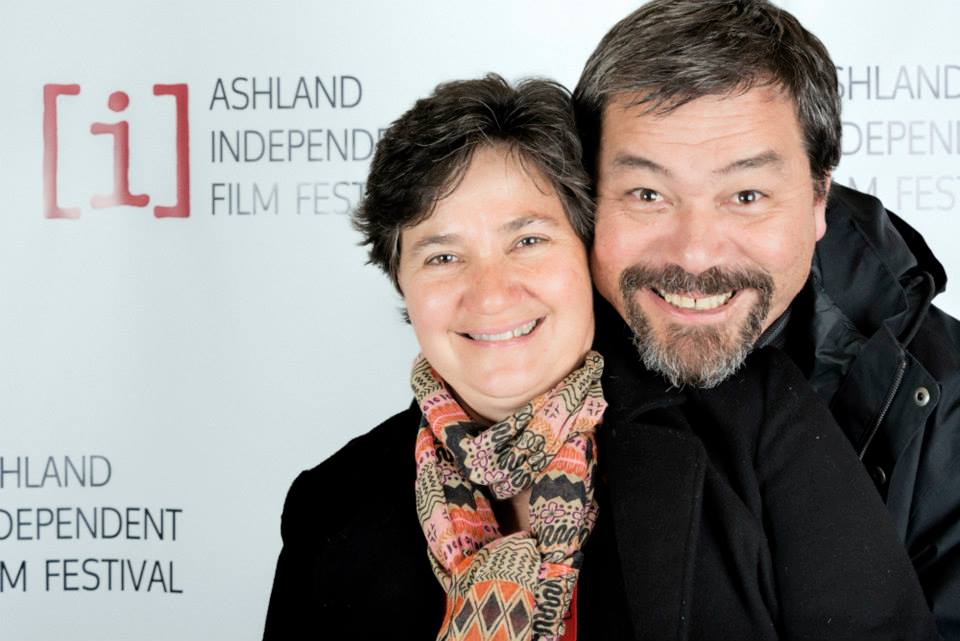 “We love the AIFF and the impact they have on our community. That’s why we proudly sponsor and donate hundreds of hours and thousands of dollars in web ticketing and hosting services at no cost to them, every year.”
Photo: Paul Steele 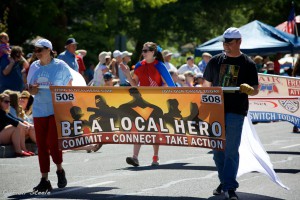 Be a Local Hero with Jim Teece and Teague Teece at the 2014 July 4th Parade. (Note the stylish AIFF tee)
Photo: Cornelius Matteo

DID YOU KNOW? Project A designed and implements AIFF’s online ticketing system? This saves our patrons $1.50 per ticket by waiving the normal online surcharge. We sell 18,000 tickets to the film festival annually. That’s over $25,000 in savings to our filmgoers every year! Project A also designed and hosts our website, and Ashland Home Net donates our internet service—including wireless access for our ticket kiosk. That’s tens of thousands of dollars in in-kind donations (and we do mean kind). And that doesn’t even include all of the hours Project A employees spend cheerfully programming for us every month. That is a service to AIFF, to our patrons, and most importantly it’s a service to the community, keeping jobs local, supporting the arts locally, being a LocalHero!!!!! 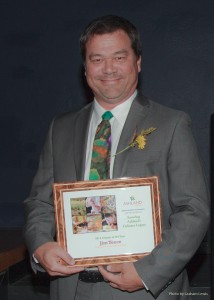 It would be more than enough if Jim and Dena’s sponsorship of the Ashland Independent Film Festival were their only contribution to the community, but it’s only the beginning of their acts as LocalHeroes. Jim currently serves on the Ashland Chamber of Commerce board, Southern Oregon University Board and the Jackson County Fair Board. He hosts the Rogue Valley Business Resource Fair, and the annual Ashland Innovators Conference. Project A and Ashland Home Net contribute 3% of their sales as well as hundreds of hours of development to local nonprofits with missions close to their hearts—like the Ashland Independent Film Festival. We are lucky to be members of the same community, and we are grateful to them for all they do. THANK YOU JIM AND DENA!