They call themselves “more than bean counters,” and indeed they are. Since 1987, Nagel & Padilla, LLC have been helping Rogue Valley residents achieve their business financial and personal goals while supporting some of their favorite nonprofits along the way, including, of course, the Ashland Independent Film Festival. Nagel & Padilla is one of the leading certified public accounting and business advisory firms in Southern Oregon. They combine their expertise, experience, and the energy of their staff to give each client the utmost personal and professional attention. 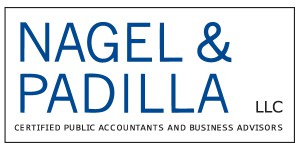 The folks at Nagel & Padilla are more than just tax preparers. They care about the community and generously support many local nonprofit organizations. Their charitable focus is to support the arts in the Rogue Valley and AIFF’s mission fits right in. We are proud to have had them as a sponsor since 2011. The film festival coincides with the busiest time of the year for Nagel & Padilla—Tax Time!—so their staff is unable to attend as many films and special events as they’d like, but being a sponsor of AIFF isn’t about the perks for them. Nagel & Padilla support AIFF because they believe that the film festival accomplishes a great deal in our local communities. 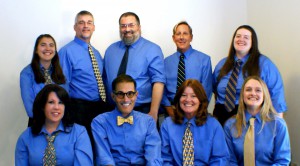 As a business focused on excellent service and support of the arts, it’s no surprise Nagel & Padilla was recently named Ashland’s 2015 Favorite Accountants in Sneak Preview’s Best of Ashland edition. Needless to say they’ve always been our favorite accountants. Thank you to everyone at Nagel & Padilla, we are proud to partner with such an upstanding business.