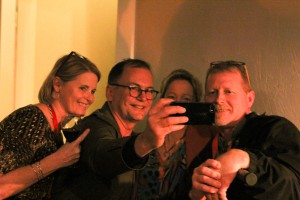 In true AIFF Q&A tradition, we asked David Gremmels a few questions about his time with the film festival. Here’s what he had to say:

How did you first became involved with AIFF? “In 2001, I volunteered to be a shuttle driver and donated my space on A Street for volunteer receptions. And then became a sponsor thereafter.”

Was the Opening Night Bash Savor the Rogue always held at Ashland Springs Hotel? “No. The first was hosted at Rogue Creamery in the make room. We placed plywood with tablecloths on cheese vats and presses and served cheese and local fare.”

Do you have a favorite film (it’s OK if you have more than one!)? “I would need a dozen pages. However, I am still romancing Moo Man (AIFF12) and Food, Inc. (AIFF09). Love Love Love the animated shorts!!!”

Can you tell us about a memorable moment from the film festival’s early days? “I have a wonderful memory of driving a shuttle filled with filmmakers, producers and actors and one of the passengers asked what was new. I shared that my dog Ruby (she was the perfect GSP – German Shorthair Pointer) had a litter of pups. Everyone in the van said I needed to make a detour and take them to see the pups! It was great fun watching these film professionals holding the newborn pups.”

Why does the film festival mean so much to you personally and as a sponsor? “Because it expresses individuality and increases awareness of all things relevant locally and globally.”

We could—and do—say the same about Rogue Creamery. Thank you for all the support: here’s to 15 more years! 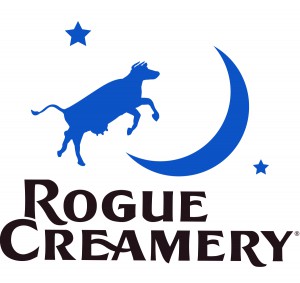 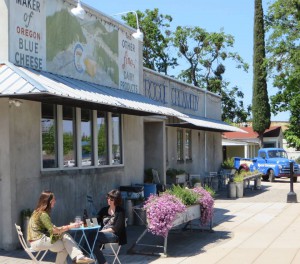 Outside the Rogue Creamery store