Conveniently located just down the street from the Ashland Independent Film Festival offices, Ashland’s Studio A.B has created crisp, engaging, and creative graphic designs for AIFF since 2007. From AIFF cover art and sponsor posters to the elegant graphics seen on our website, newsletters, and printed materials, Studio A.B makes us look good!

The warm and inviting Railroad District studio, work space, and home to owners Bruce Allen Bayard and Ann DiSalvo, is indicative of how the couple meld their creative, work, and personal lives. They support the film festival with sharp graphics (including four of the festival’s official art posters), while they pursue their own personal and artistic endeavors in the fine arts.

After nearly two decades together it could be tempting to guess that the couple’s work has influenced each other’s style, however their work remains vibrantly distinctive. Ann uses more traditional media, and Bruce uses mixed media and digital manipulations. Today, he creates electronic collages using photos and patterns. Recent works include sweeping color vistas of the Grand Canyon.

Bruce’s desire to integrate electronic technology into creative expression has also led him to create “time-based art,” collaborative live performances that combine videos, music and dance. Recently, Bruce and his artistic partners performed Transmissions I and II at DanceSpace in Ashland.

Ann works in dry media: graphite, pencil, charcoal, and conté crayon. She primarily focuses on the human figure, although she has been known to work on landscapes en plein air. Ann offers one-on-one tutoring, and also leads a drawing group at Ashland Art Center. 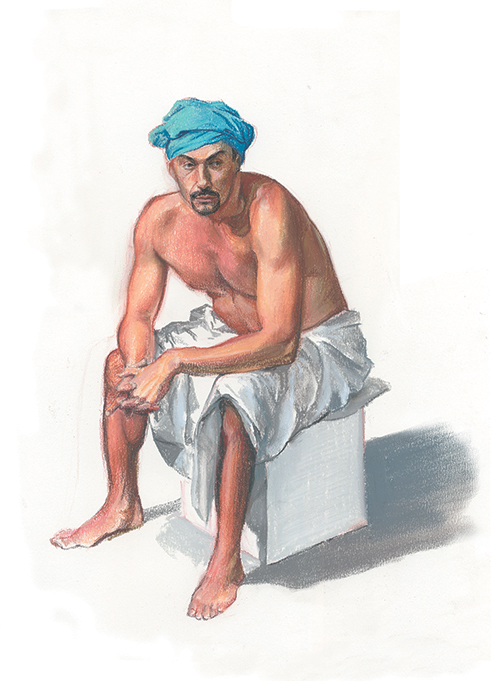 The studio, at 621 A Street, Ashland, is open every First Friday, and during regular business hours. “If the front door is unlocked we are here to talk about our art,’’ says Bruce.

Please stop by to check out their artwork, and let them know how much we appreciate their support of the Ashland Independent Film Festival.

Visit brucebayard.com to see more Studio A.B art, and to sign up for Bruce’s newsletter, which lists upcoming performances and art events. 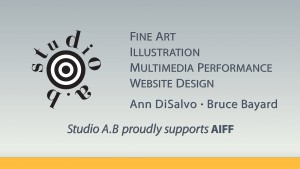 A selection of AIFF posters designed by Bruce Bayard: 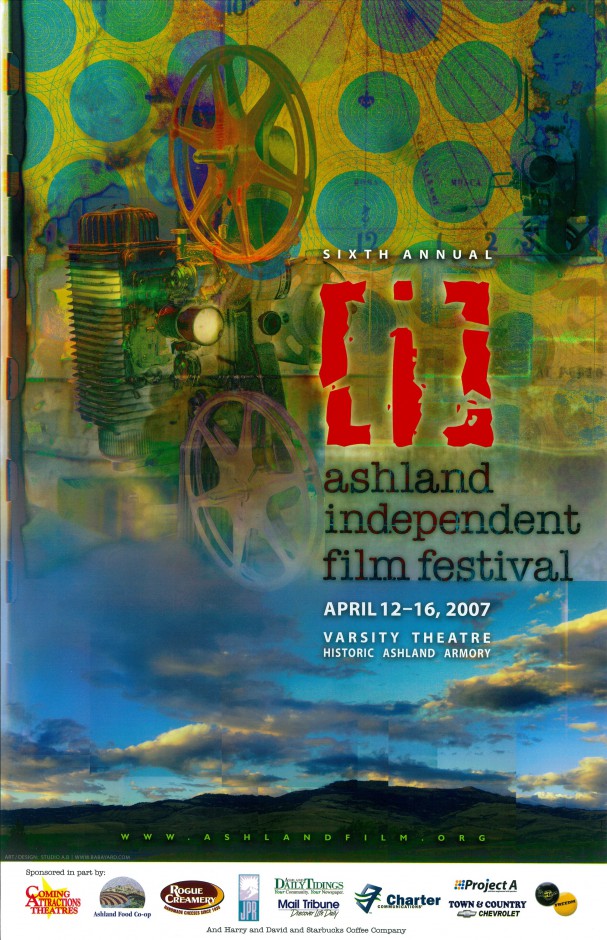 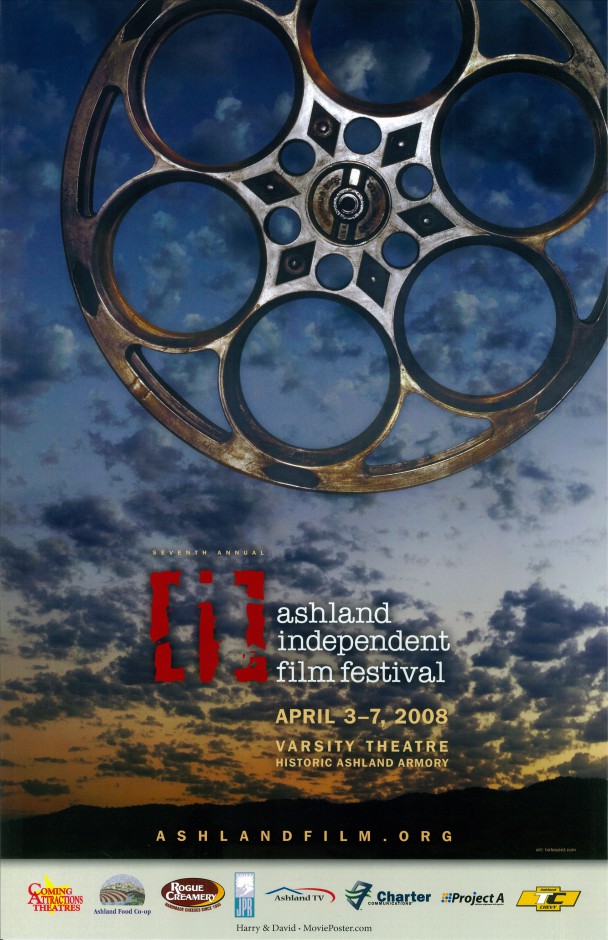 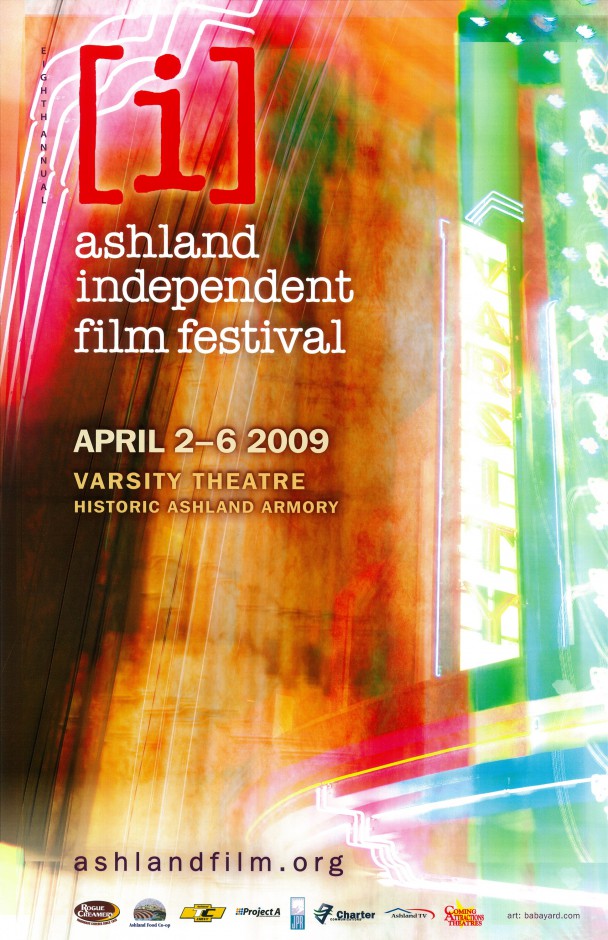 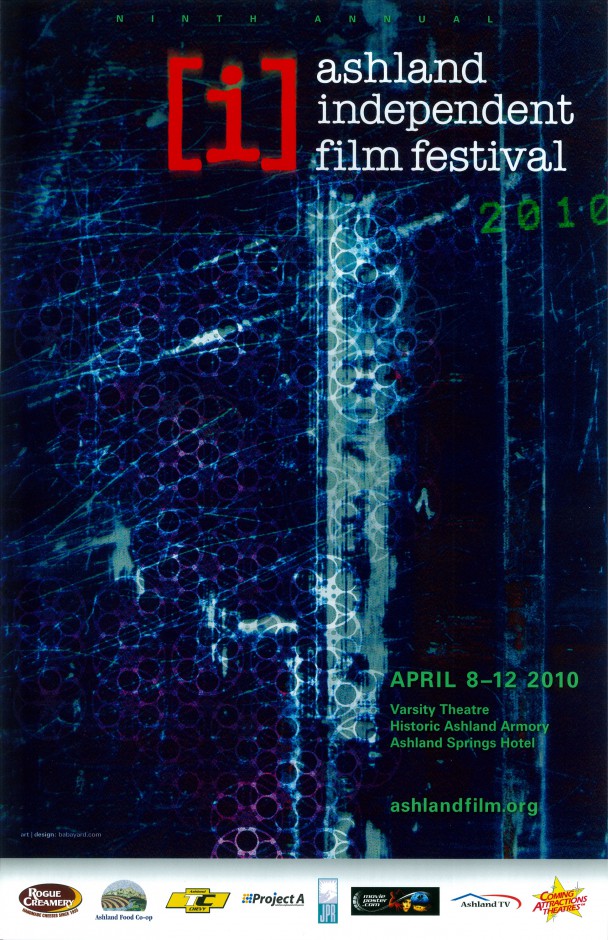