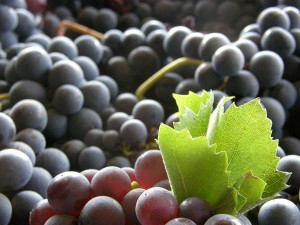 ASHLAND, OREGON — This June, winemakers and film lovers paired up to help Ashland Independent Film Festival (AIFF) raise money to close out their fiscal year in style. The exclusive $500 per person event featured two of the top Tempranillo winemakers in the Rogue Wine Country, Terry Sullivan of Upper Five Vineyards and Rob Folin of Folin Cellars. 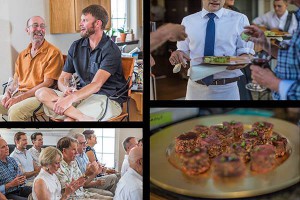 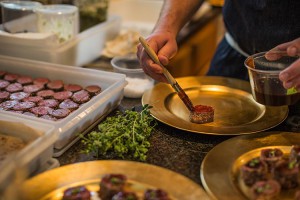 “We chose Tempranillo as an example of a varietal that is uniquely expressive of the microclimates in the Rogue wine region,” shares AIFF board member and co-host Tika Squires. “Tempranillo seems to do well here, and we wanted to give AIFF wine lovers an opportunity to explore why with some of our up-and-coming region’s leading producers.”

The Ashland Independent Film Festival is five days of the highest quality independent film in this historic town the Washington Post called “a dream you’ll never want to leave.” Every spring, Southern Oregon is buzzing with the excitement of AIFF. Over 7000 film lovers gather at the art-deco Varsity Theatre, the Historic Ashland Armory, Ashland Street Cinema, and other venues to watch over 90 documentary, feature, and short films. Filmmakers from around the world engage with the audience after screenings and at film festival events such as Opening Night Bash, AfterLounge, and Awards Celebration, which include local wine, beer, and gourmet food. Special guests have included Ty Burrell, Albert Maysles, Barbara Kopple, Helen Hunt, and Bruce Campbell. The Ashland Independent Film Festival: Celebrate the diversity of human experience through the art of independent film—enriching, educating, and inspiring all audiences.