The 17th annual Ashland Independent Film Festival came to a close on April 16, and ever since, we have been bowled over by the gratitude expressed in surveys and messages from attending filmmakers and audiences.

As we come to the end of our fiscal year, midway through the calendar year, we welcome your donations to help support our efforts to transform the culture with independent visions. The revenues from our packed theaters cover only 40% of the costs of running this festival, and so your philanthropic contributions help to sustain our valuable programs. 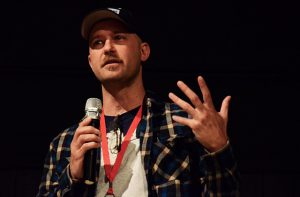 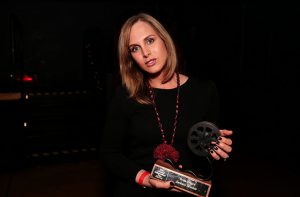 Zackary Drucker was the recipient of this year’s Pride Award. Photo by Steven Addington 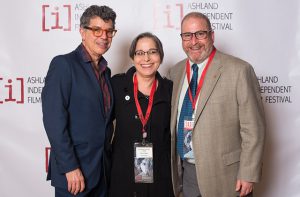 You rated the “overall festival experience” 9.05, where 10 is “completely satisfied.” 9.51 was your collective response (out of 10 for “highly likely”) to the question of whether you plan to attend AIFF next year.

The messages that have come in from guest artists have been moving and inspiring, typified by just two we’ll excerpt here:

“The Ashland community is profoundly engaged, intelligent, and warm – it’s overwhelmingly rewarding to be stopped on the street by someone who’s seen your film to tell you how moved they were by it. This is why we made what we made. Real connection. A genuine appreciation of art.” – Dorian Tocker, The Day That

“It’s not just one thing that makes the festival great. There is an open atmosphere where the filmmakers really get to meet and talk to each other, and the mixers that the festival puts on encourages that even more. The town has a charm…and really turns out for every screening. They were one of the most receptive and engaged audiences I have had the pleasure of screening my film for. It’s the perfect mix of everything you want at a film festival. What else can I say, except thank you.” – Pablo Bryant, Mr. Fish: Cartooning from the Deep End

Filmmakers and special award honorees Zackary Drucker and Dennis Doros and Amy Heller of Milestone Films were bowled over by Ashland’s natural and cultural environment. Amy Heller wrote: “Everywhere we went in Ashland we encountered active and engaged filmgoers and festival volunteers who had chosen to retire to this amazing community — and we could see why.” And Zackary Drucker added: “I am still glowing from my trip to Ashland — I met so many incredible people while there and left with inspiration. It’s truly a magical place.” 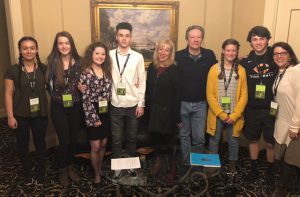 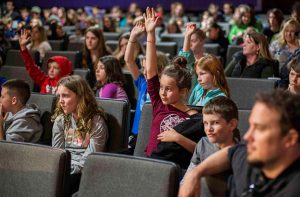 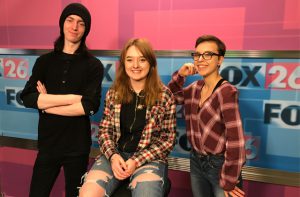 We are very proud of our Teen Press program, the standout this year among AIFF’s growing educational programs. Teen Press enabled students from several Southern Oregon schools to meet and interview festival guest artists and see their films. Central Point’s Crater High School Teacher Karen Oppenheim and her student Kambria Lee sent two of the many notes of thanks we received:

“Many of my students had never been to Ashland, let alone a film festival, and this opened their minds and hearts more than I could ever imagine. Between the insights that the films gave them, the human connections that the interviews inspired, as well as the self-pride and confidence that the filmmaker conversations enabled, AIFF was a true life changer. My students are looking at jobs and their future with much more faith and enthusiasm. As a result, we are beyond grateful.”  – Karen Oppenheim

“Allowing my class and I to do the interviews at AIFF is something that I could never thank you enough for. I was able to meet absolutely outstanding people and make incredible relations with them. Thank you so much, especially for the opportunity to see ‘Intelligent Lives” and meet the filmmakers. As a result, we’re trying to work with our district to improve inclusion of all students. It was an awesome class.” – Kambria Lee 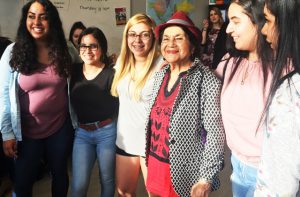 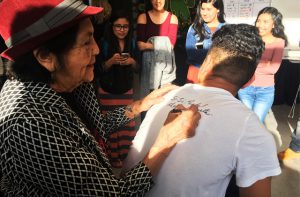 Dolores Huerta gave out autographs to students at Kids Unlimited 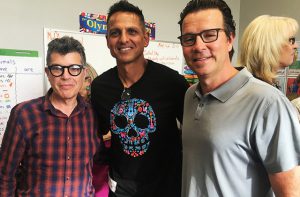 Just seventeen days after the festival, we held a special AIFF MEDFORD program at the Kids Unlimited charter school, bringing back the legendary activist Dolores Huerta and director Peter Bratt for a reprise of our 2017 opening night film, Dolores. Huerta’s engaged interactions throughout the day with hundreds of Kids Unlimited students and workers were something to behold. We anticipate more partnerships with Kids Unlimited and other Medford venues in the near future. 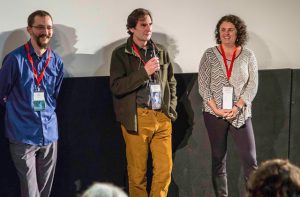 Ken Ward, subject of THE RELUCTANT RADICAL. Photo by Richard A. Jacquot 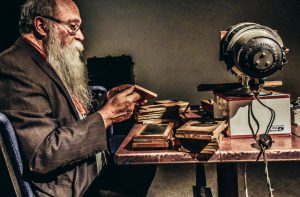 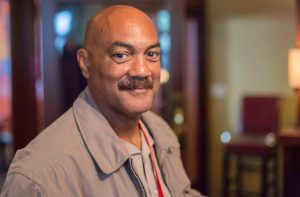 Rafael Cabrera, one of the subjects in SKID ROW MARATHON. Photo by Richard A. Jacquot 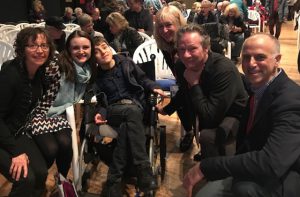 We truly believe that, throughout the days of the Ashland Independent Film Festival, we are pointing people towards a better world in which a wide range of cultural and gendered voices and perspectives, far more diverse than the mainstream media transmit, are given voice. One of the primary signs of this is the presence of many of the subjects of our films, everyday folks whose heroism has been recognized and elevated by the attention of  documentary filmmakers. Audiences love to engage with subjects of films as much as the film’s directors, and they treat them like stars in the streets outside our theaters.

Rafael Cabrera served most of his life in prison for a murder committed in his youth. His life has been devoted to community service and running marathons since his life-changing encounter with Judge Craig Mitchell, and his story is one of the most powerful in Skid Row Marathon, winner of the Rogue Creamery Audience Award for Best Documentary Feature. When the lights turned on after the film’s first screening and the audience members discovered Rafael was in the room, a standing ovation and intense Q&A was followed by many handshakes and embraces for Rafael. We are working on a return screening of Skid Row Marathon, so stay tuned!

Ken Ward is The Reluctant Radical who is driven to protest corporations threatening the environment with nearly every waking breath. Ken came down to Ashland from Portland alongside filmmaker Lindsey Grayzel to confront the audience after his film portrait screened. And Derick Waller is the police officer who are risking their livelihoods and even their lives challenging corruption and bias in the NYC Police Department. He was there to answer audience questions in the theaters and in the streets of Ashland after people were blown away by the revelations of Crime + Punishment.

Michael Zahs is a retired schoolteacher who discovered a cache of silent films and Magic Lantern slides in his hometown of Washington, Iowa. After watching him throughout Saving Brinton, the audience in the Armory was treated to his charismatic presence guiding them through a wondrous demonstration of an authentic Magic Lantern. Ashland loved Michael, who loved us back, and we are working on a return visit in 2019.

Finally, amidst all these everyday folks whom Ashland turned into stars, there was a real movie star, Chris Cooper. Cooper came to show Intelligent Lives, which challenges the injustices of intelligence testing and the academic segregation of people with mental disabilities, including his own son Jesse. For Cooper, the presence in the Armory who moved him the most was Luke Laurenson, an Ashland resident with cerebral palsy whose fight for access to mainstream education and his own strides forward have been inspiring.

Do you want to return to the world of AIFF and help its values spread?

Make your end of fiscal year donation here. If you wish to discuss a major or planned gift or company sponsorship, please reach out to richard@ashlandfilm.org.

Sign up to volunteer. We are particularly seeking new screeners to preview film submissions.

Become a member. In July, memberships will go on sale for one month only. But you can pay the full fare now and give that extra help to AIFF.