Earlier this month the Cinema Eye Honors for Nonfiction Filmmaking announced their nominations for awards that “recognize and honor exemplary craft and innovation in nonfiction film.” When the Independent Filmmaker Project (IFP) Gotham Awards celebrated their winners this week, followed by nominations for the Film Independent Spirit Awards, the “awards season” was officially declared in full swing.

This marks an exciting time for the AIFF as the focus of these early awards is on independent filmmakers and their films – many of which appeared at the 2012 festival, or throughout the year at our Monthly Film Series, and we are thrilled to see them receive this recognition. The award winners, and nominees, are great additions to your “must see” list – whether at your local theatre, or online queue. We highly recommend you seek them out! 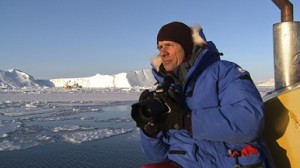 We’d like to congratulate all the winners and nominees of these awards, and give a special shout out to our AIFF filmmakers.  Of the thirty-one feature films and five shorts that will vie for this year’s Cinema Eye Honors 5 Broken Cameras, Bully, Chasing Ice, Detropia, Paraiso, Planet of Snail, Samsara, Tchoupitoulas, and The Waiting Room have been nominated for a variety of awards. All the nominees can be found here.

IFP, the oldest and largest organization of independent filmmakers in the country, puts on the Gotham’s annual ceremony. These fine 2012 AIFF films won the following awards: for Best Ensemble Performance, Emily Blunt, Rosemarie DeWitt and Mark Duplass in Lynn Shelton’s Your Sister’s Sister.  Breakthrough Director went to Benh Zeitlin, Beasts of the Southern Wild. He also took home the new “Bingham Ray Award,” given to an emerging filmmaker. Terrance Nance’s An Oversimplification of Her Beauty was presented with the coveted “Best Film Not Playing at a Theater Near You.” 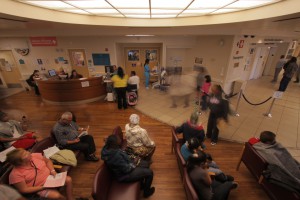 The announcement of the nominees for the 28th Film Independent Spirit Awards included these AIFF favorites: Beasts of the Southern Wild for Best Feature and Best Director; Jonathan Lisecki’s Gayby (2012 AIFF John C. Schweiger Audience Award winner) for Best First Screenplay.  Nominees for Best Female Lead include Quvenzhané Wallis (Beasts of the Southern Wild), and Best Supporting Female to Rosemarie DeWitt (Your Sister’s Sister).  Best Cinematography nominees include Yoni Brook for Valley of Saints and Ben Richardson for Beasts of the Southern Wild. Best Documentary nominations went to The Invisible War and The Waiting Room.  And lastly, vying for the Stella Artois Truer Than Fiction Award (presented to an emerging director of non-fiction features who has not yet received significant recognition and includes a $25,000 unrestricted grant) is Pete Nicks for The Waiting Room.  Our fingers are crossed!